Leader of the Gnorcs

Fight and kill Spyro (all failed).

Gnasty Gnorc is the main antagonist of Spyro the Dragon, and a supporting antagonist in Spyro A Hero's Tail.

He is the hot-tempered, quarrelsome and incompetent leader of the Gnorcs (part gnome, part orc), who desires to take over the Dragon Worlds. He is also notable for being the first enemy that Spyro would ever face in his adventures.

He was voiced by Michael Gough, who also played Agent Smithson in Disney's Recess: School's Out, Lord Osmund Saddler in Resident Evil 4, the Dragon in Disney's Timon & Pumbaa, Tim Scam in Totally Spies, Lord Hertford in the 1996 animated version of The Prince and the Pauper, and Samuel in Disney's Tarzan.

Gnasty Gnorc is a mean, arrogant, bad-tempered, and manipulative Gnorc who hates Dragons. The Dragons see him as unintelligent, and he is seemingly sensitive about his appearance and will not hesitate to attack those who stand in his way. Gnasty also resents the Dragons for banishing him to the Dragon Junkyard and constantly insulting his appearance. He also does not take lightly to being called "simple", justifiably so, as it is shown that he is actually fairly intelligent, as he is skilled in magic and was able to lead an assault on the dragon kingdom. This eventually drives him to launch a full-scale, coordinated assault on the Dragon Realms.

Gnasty Gnorc is a large, strange-looking, barbaric monster who also comes from the same race of weird-looking troll-like creatures called "Gnorcs" who are half gnome and half-orc. He is being contained in a remote realm: a massive junkyard in the Dragon Worlds which he remodeled into his own home in his own liking which is simply called Gnasty's World. While there, he even built himself his own staff made out of a metallic stick with a spiked stone wedged on it and somehow learned magic which he uses to turn it into his beloved weapon and cast a magical spell that Gnasty learned, to transform gems into Gnorc warriors under his command.

He holds a deep grudge not just against Spyro himself, but to all the dragons who only see him as nothing more than a mere simple and ugly creature who poses no threat at all.

When he heard all of the other dragons outside kept calling him ugly, Gnasty Gnorc decided it was the last straw: he learned of a powerful spell that he soon unleashed using his magic staff, to turn all except one dragon (Spyro) into their own crystal statues and have his fellow Gnorcs seize control of the Dragon Kingdom.

Spyro toppled all Gnasty's henchmen, freed all the dragons from their crystallized imprisonment, and recovered all the Dragon Eggs from crafty Thieves in all the Dragon Worlds before finally traveling to Gnasty's "World" and going up against the Gnorc himself. Spyro and Gnasty Gnorc fought, and yet Gnorc was toast and Spyro won.

But when under Red's command, he was able to wreak havoc in the Dragon Kingdom once again.

In Spyro the Dragon, Gnasty Gnorc with his trusted magic staff can shoot energy blasts. But when his opponent gets too close, he just smashes them with his staff like a club.

In Spyro: A Hero's Tail, he fought Spyro with a lightning staff. It is later revealed that a fairy with lightning abilities had been imprisoned inside the staff, and forced to do Gnasty's bidding. 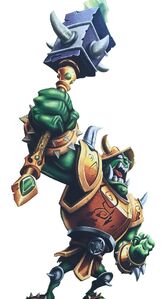 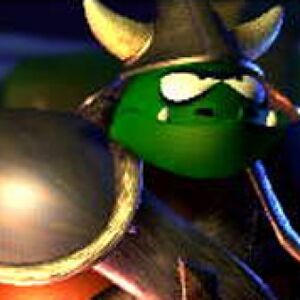 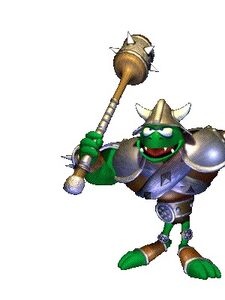 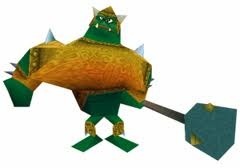 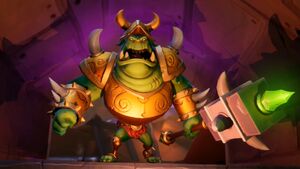 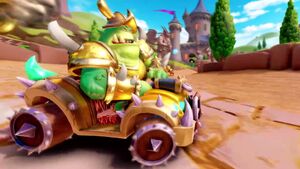 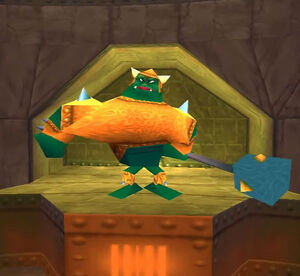 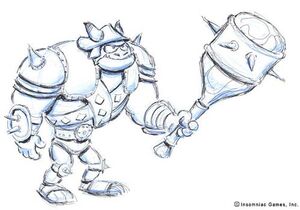 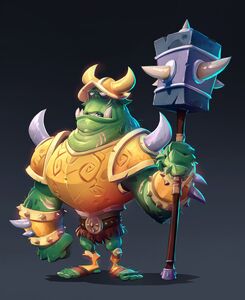 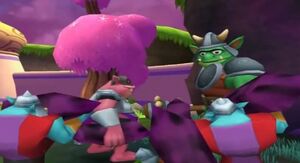 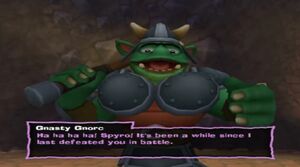 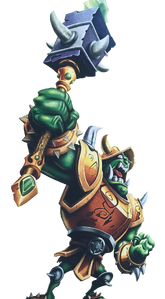 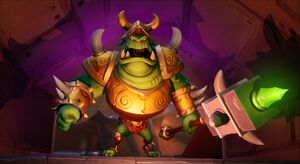 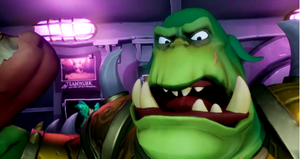 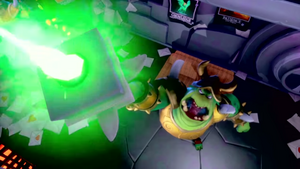