Go-Baberu-Da, labeled by the police as Unidentified Life Form #45, is a member of the Go Group of the Gurongi and an antagonist in Kamen Rider Kuuga.

He was portrayed by Kensho Sakurai. In his reappearance in Kamen Rider Decade, he was voiced by Katsumi Shiono.

When his turn came, Baberu began targeting underground centers and blocked all escape routes to prevent the police from interfering in his game, having a quota of 682 people to kill within four plays. On the third day, Baberu fought Kuuga and managed to at first overpower him easily in his Herculean Form. However, Ichijo uses the Muscle-Relaxing Bullet to weaken Baberu, allowing Kuuga to finish him with his aided Rising Beat Gouram.

Baberu was made by Kamen Rider Decade to reveal the nature of the Gegeru before being destroyed by Decade's Dimension Kick.

Go-Baberu-Da wields brass knuckles in his Quick Form and a war hammer in his Herculean Form. 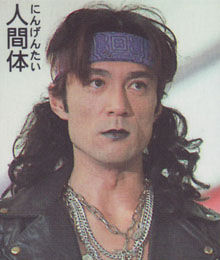 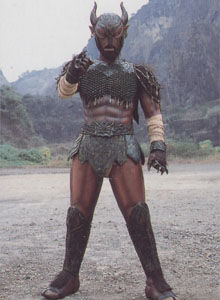 Gurongi
Add a photo to this gallery 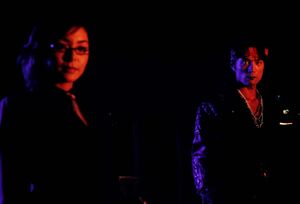 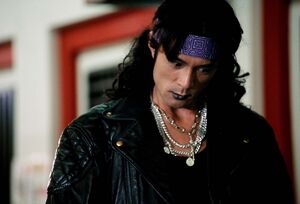 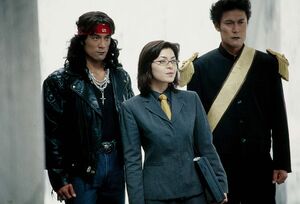 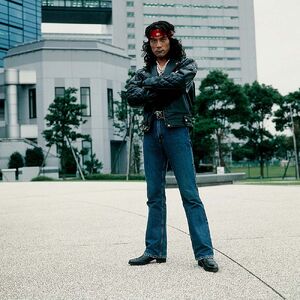 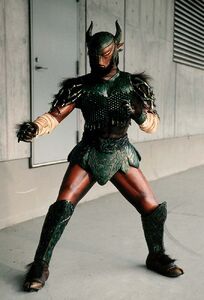 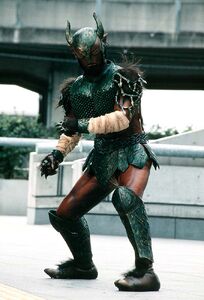 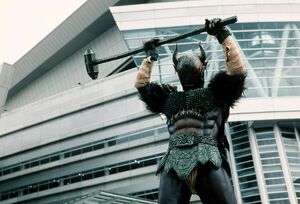 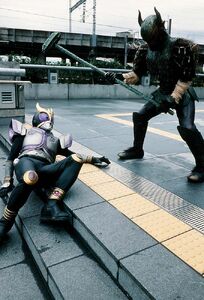 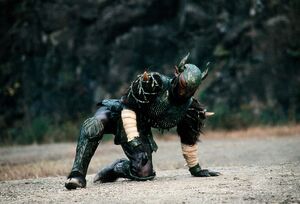 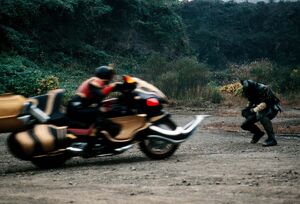 Retrieved from "https://villains.fandom.com/wiki/Go-Baberu-Da?oldid=4213220"
Community content is available under CC-BY-SA unless otherwise noted.