Win the Gegeru for his own twisted brutality.

Go-Jaraji-Da, labeled by the police as Unidentified Life Form #42, is a member of the Go Group of the Gurongi and an antagonist in Kamen Rider Kuuga.

He was portrayed by Masayoshi Okawa.

Go-Jaraji-Da supported Go-Gamego-Re in his game before his death, after which his turn came. Jaraji started his game by targeting 90 male students of the second year of Midorikawa High School by shooting his quills which would cause them to die of encephalitis in four days when the quill changes shape into a metallic barb which could not be removed safely by any means. Jaraji was soon interrupted in his rampage by Kuuga, taking offense to it. Offended that Kuuga would interrupt his game, Jaraji wounded him as a warning.

However, some of Jaraji's victims committed suicide, forcing him to find replacements before the 12th day ends. Jaraji attempts to kill Kazuya to finish the game, but Kuuga attacks him as Mighty Form in a fierce rage that damages him severely to the point where he was too injured to teleport. Jaraji desperately attempted to fend off Kuuga but his attacks failed to do anything. Kuuga then assumed Rising Titan Form and brutally assaulted Jaraji with the Rising Titan Sword, before killing him with a rage-fueled Rising Titan Calamity, with his body falling into the water from the relentless assault.

Go-Jaraji-Da appears as a member of Dai-Shocker stationed in the World of Amazon. He was destroyed by Amazon's Jaguar Shock.

Go-Jaraji-Da uses needles as his weapons and also has the ability to teleport, a power only shared by Daguva and Ultimate Kuuga, though Jaraji's is inferior compared to theirs. 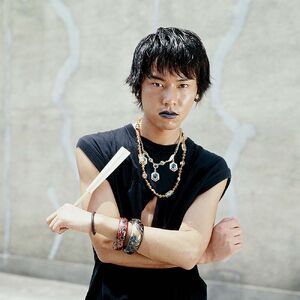 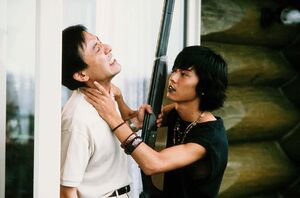 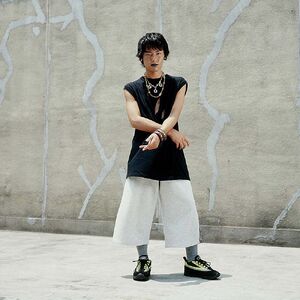 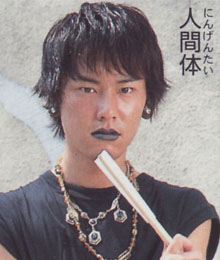 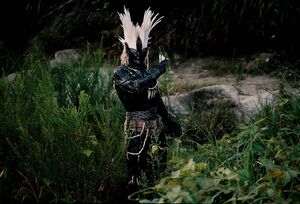 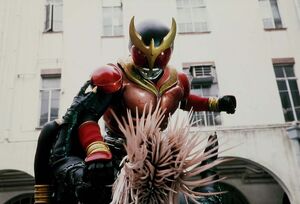 Jaraji getting beat down by Kuuga. 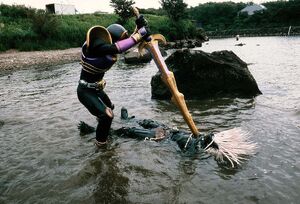 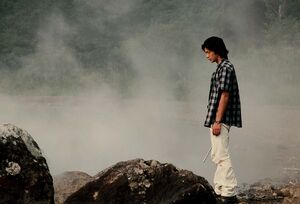 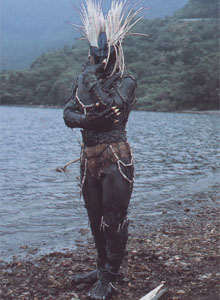