Unknown (Sorcer Striker story states "No one knows when it began.")

The Gobligan Empire is the main villainous force from the Mahou Daisakusen series (Sorcer Striker, Kingdom Grandprix and Dimahoo). They are a group of monsters bent on world domination

Originally a group of goblins which lived scattered around the Basalna Kingdom, these goblins would eventually organize themselves and form a empire of their own, under the leadership of King Gobligan. He taught the goblins how to create magical weapons and mass produce them, so their machinations are various mythical creatures blended with heavy machinery. Their numbers are comprised by various creatures from mythical lore, such as goblins, ogres, kobolds, harpies and even a few humans.

King Caudwener, worried with the Gobligan uprising, sends his men after them, but they never return. With a large scale war at hand, he decided to put a large bounty on their leader, so four bounty hunters, each with their own motives, take upon the task of fighting the Gobligan Empire.

Even after their defeat and the death of their king the Gobligans would never give up on their plans, moving underground where they began to rebuild their strength, eventually launching another attack against the kingdom. Another group of bounty hunters would fight their forces and once again put an end to their ambitions. 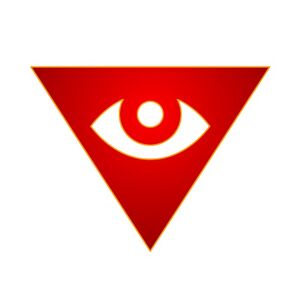 The symbolic emblem of the Gobligan Empire. 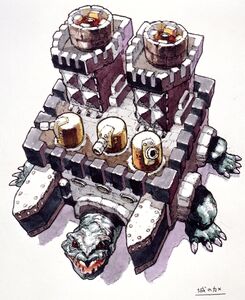 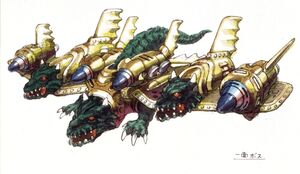 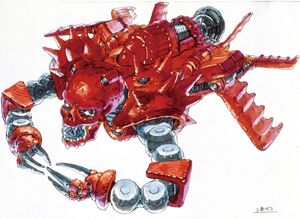 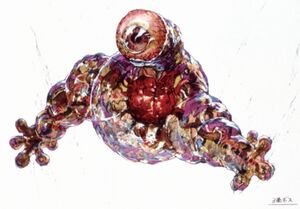 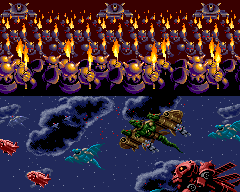 Retrieved from "https://villains.fandom.com/wiki/Gobligan_Empire?oldid=3906785"
Community content is available under CC-BY-SA unless otherwise noted.