Attacking the DigiDestined in large groups

Goblimon is a Rookie Class Digimon that looks like a goblin. His skin color is green, with red hair, and brown eyes. He wears a brown sleeveless vest and shorts, and he offen carries a big club.

A Goblimon bio-emerged from the Digital World and fought Renamon. It looked like Goblimon was not losing strength, and he somehow manage to digivolve into Fugamon. Even as Fugamon, he was still defeated and his data was absorbed by Renamon.

A huge ammount of Goblimon were working for Snimon. the Goblimon and Snimon kidnapped Kokuwamon and forced them to worked in their Factory. When the DigiDestined found out what they were doing they fought Snimon and the Goblimon, including J.P. (because he found Human Spirit, Beetlemon). After Snimon was purified, the Goblimon escaped.

An Army of Goblimon were minions towards Argomon. They were all eventually defeated by Agumon.

Several Goblimon appeared as common enemies in the first level, Death Valley. They even appear in the Goblin Fortress. 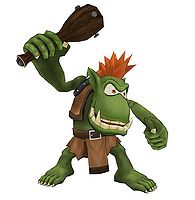 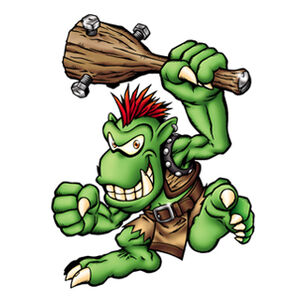 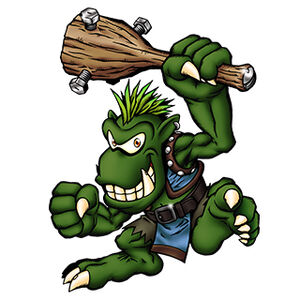 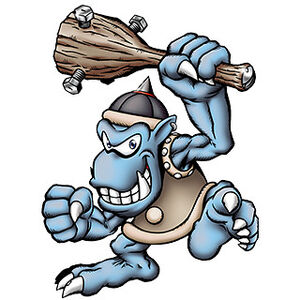 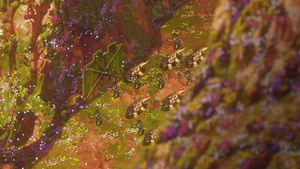 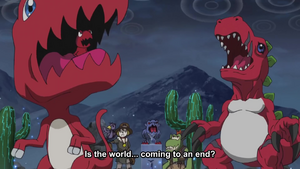 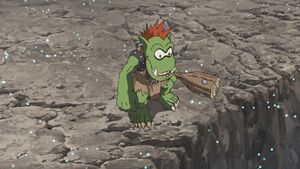 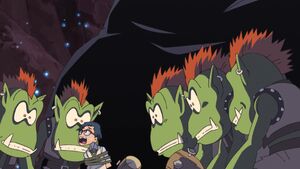 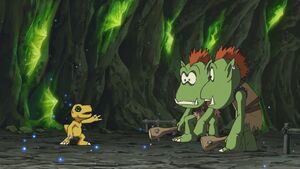 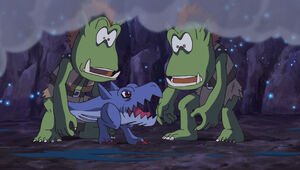 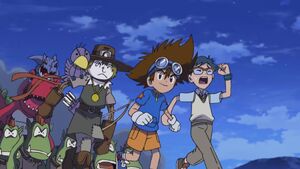 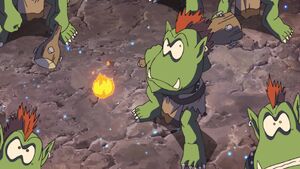