Norman Osborn, also known as the Goblin, is a major antagonist from the 2010 Marvel video game Spider-Man: Shattered Dimensions. He is an ex-circus freak turned notorious crime lord. He is from the Noir Universe. Norman appears in the game's Carnival stage, which is the tenth stage and served as his lair.

He was voiced by Jim Cummings, who also voiced Kraven in the same game.

Once a circus freak who was mocked for his scaly, reptile-like skin, Norman Osborn sought revenge on humanity for his treatment. After escaping, Norman donned a flesh-like mask to conceal his true face and took up the alias "The Goblin", which had previously been used to disgrace and mock him. Norman began an infamous crime syndicate consisting of thugs and other former freak show attractions such as Vulture. When Benjamin Parker refused to be intimidated by Osborn, the Goblin had Parker murdered and eaten by Vulture. Seeking revenge for the death of his uncle, Ben's nephew, Peter Parker, better known as Spider-Man, sought to take down Osborn and his crime syndicate once and for all. This culminated into an event where Spider-Man defeated Osborn, but refused to kill him. However, venomous spiders attacked Osborn and seemingly killed him. Despite being thought dead, the spiders' fangs were actually unable to pierce Goblin's scales, allowing him to survive his ordeal.

After the Tablet of Order and Chaos is broken in a battle between Spider-Man and Mysterio, the pieces are scattered across dimensions, with Vulture and Hammerhead gaining two and Goblin obtaining one. Both Hammerhead and Vulture attempted to use the Fragments or deliver them, but both were defeated by Spider-Man, who reclaimed the Fragments. Upon learning of the power of the Fragments, Osborn uses his on himself, mutating him into an even more monstrous, more powerful Goblin.

When Spider-Man arrives at the carnival where Osborn resides, he frees the kidnapped workers. The Goblin attacks and tries to step on Spider-Man, but Spider-Man manages to get out. Osborn beats him into the ground, then taunts him before running, causing Spider-Man to chase him. After fighting off thugs, Spider-Man escapes the Goblin again, and chases him through more of the theme park. After rescuing more workers, Spider-Man makes his way into the haunted house, where there are several trick doors that harm him if he tries going through. He eventually makes it to an upside-down room where the Goblin gasses him and sics henchmen on him. Spider-Man defeats them and scales the wall, though Osborn tries to shoot him down and attack him again.

Spider-Man chases the Goblin outside, where Osborn dismantles a Ferris wheel with his bare hands and rolls it towards Spider-Man and a civilian. Spider-Man saves the civilian and dodges the wheel, then confronts the Goblin in the big top.

The Goblin attacks with charges and swings of his claws, and Spider-Man finds that Osborn is too great of a physical threat, with the only way to deal damage being to hit the exposed red weak spot on his back. Spider-Man maneuvers around Goblin's attacks to strike the spot, even sneaking around whenever the lights go out for a sneak attack. The Goblin gets more furious and violent with each attack, soon grabbing items and using them as weapons, using sonic yelling, and eventually calling forth an army of henchmen to aid him. Once Osborn is weakened, Spider-Man loads himself into a canon and fires himself at the Goblin, striking him down and defeating him, as well as allowing him to retrieve the Fragment that Norman got his hands on.

The Goblin is brutish and powerful, and extravagant in his arrogant displays of his power. He enjoys putting on a show, such as not killing Spider-Man immediately, but instead taunting him and baiting him into to following him through his carnival. 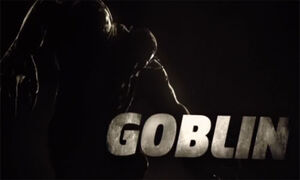 The Goblin makes his entrance. 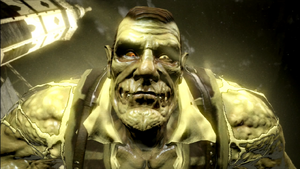 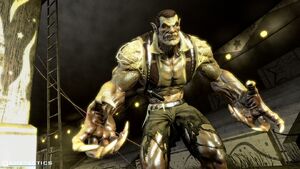 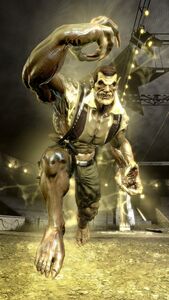 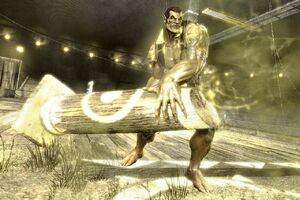 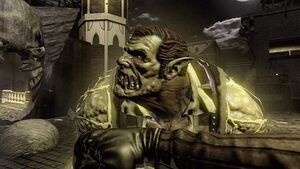 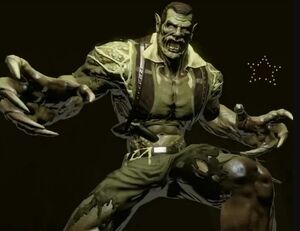 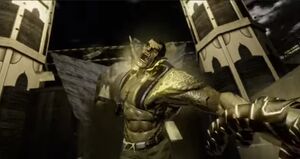 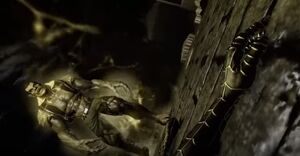 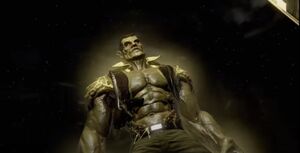 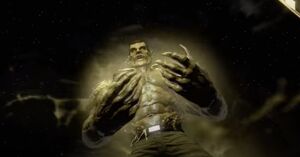 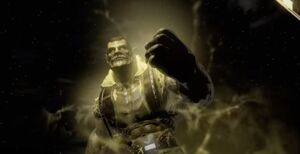 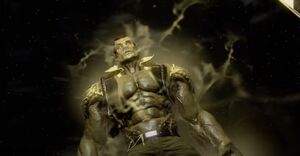 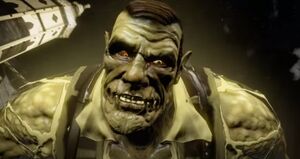 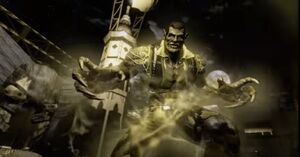 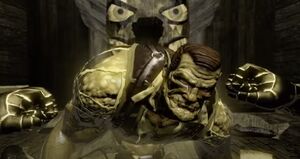 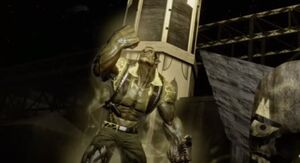 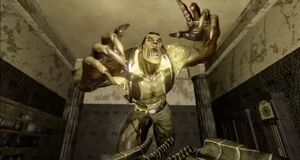 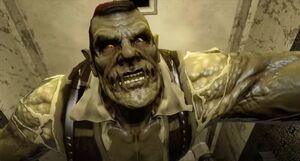 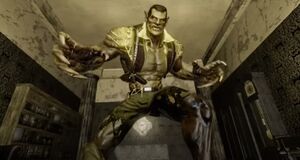 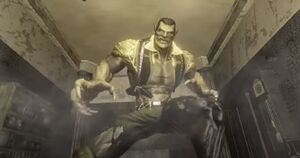 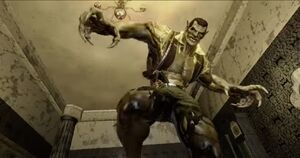 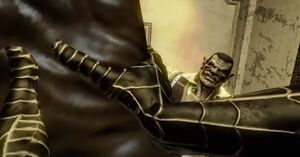 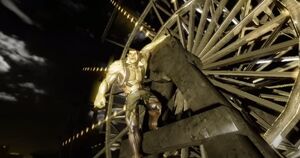 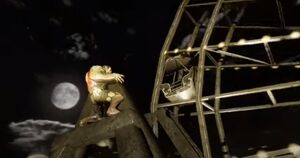 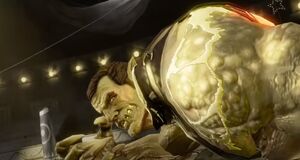 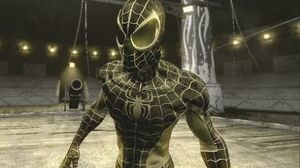