Kill all of humanity (ongoing).

Immortal Being
The entity referred to as God is a mysterious monster from the manga One Punch Man who appears as the overarching antagonist of the Monster Assosciation arc and possibly the entire series. It appears to be extremely evil, wanting the eradication of all humanity. However, it does so by granting others who share his thoughts powers instead.

"God" is first seen in a flashback as Homeless Emperor recounts his backstory to Zombieman. He describes how he stumbled upon it in the park one day. It compliments Homeless Emperor for his "correct" ideology, but states the human has no reason to die. Instead, it gave him his incredibly destructive powers, telling the newly-empowered human he should know what to do with this power, and leaves. He is later revealed to have given Psykos power during her battle with Tatsumaki, as well as possibly being the vision that drove her insane. Which would make it indirectly responsible for the creation of the Monster Association.

After Homeless Emperor's defeat, the entity appears in his mind, only with its appearance being changed into a colossal giant of flesh and fractured bones. It then expresses its frustration at Homeless Emperor's failure and takes away his power and his life. 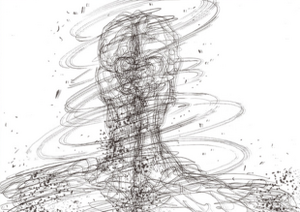 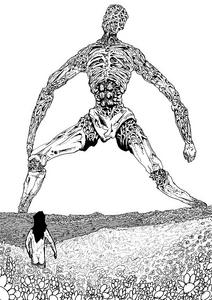 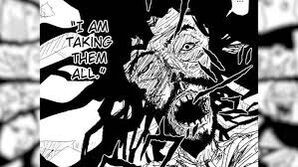 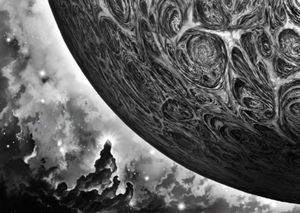 God in Psyko's mind.
Add a photo to this gallery

Retrieved from "https://villains.fandom.com/wiki/God_(One_Punch_Man)?oldid=4277168"
Community content is available under CC-BY-SA unless otherwise noted.