Designing and creating things. (both formerly)
Tormenting the Winchesters.

Stop the Apocalypse.
Keep the adventures of the Winchester brothers going for his stories (both formerly).
Unleash a new apocalypse on the Earth.
Destroy the multiverse (both succeeded).
Finish the Supernatural story and end the Winchesters for good (failed).

God, also mostly known by his alias Chuck Shurley, is the main antagonist of the Supernatural franchise.

He is the creator of the universe and everything in it, including archangels, angels, earth and other planets, the human race and many other creatures. Many years prior to the series' events, he left heaven out of shame of his creations and began living on earth under the identity of Chuck Shurley. Whilst never directly intervening in many of the show's events, he did indirectly aid the Winchester brothers, Sam and Dean, during season 4-5 whilst they tried to avert the apocalypse. In season 11, Chuck revealed himself as God and finally began aiding the brothers in trying to stop God's sister the Darkness from destroying the planet and the rest of reality. He returns in the season 14 finale in which he reveals his darker nature and his role as the main antagonist and plans to bring about the end of the world and his story of the Winchesters due to them defying him. He takes on the role of the main antagonist of the fifteenth and final season of the show, as he puts a plan into motion to end the Winchesters once and for all.

He was portrayed by Rob Benedict. 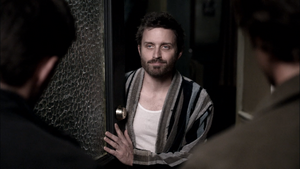 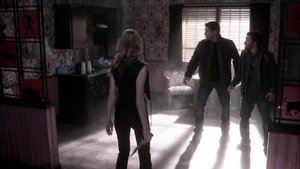 Disguised as a prophet, Chuck is protected by the archangel Raphael. 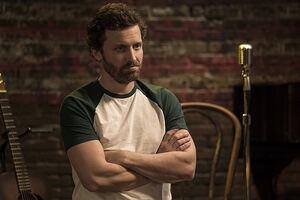 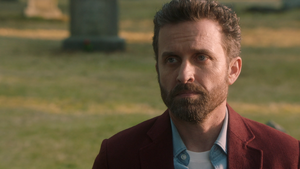 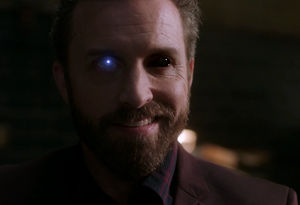 God merged with his sister; light and dark harmonized.
Add a photo to this gallery

Retrieved from "https://villains.fandom.com/wiki/God_(Supernatural)?oldid=4153163"
Community content is available under CC-BY-SA unless otherwise noted.