God (That's Why I Love Mankind)

Abrahamic God
I Am
Jehovah
God of Abraham, Isaac, and Jacob

Continue to make mankind suffer eternally while being worshiped.

God is the main antagonist of the song "God's Song (Why I Love Mankind)" by Randy Newman. The song portrays God as a sadistic deity who has nothing but contempt for his creation.

In the song, God is depicted as a cruel, vindictive entity who despises mankind, considering them lower than the cactus flower. Essentially, according to God, mankind means nothing to him aside from being his personal toys. God references several of the atrocities that He has inflicted on humanity, such as causing Cain to murder his brother Abel, or condemning several of the Israelite children to death.

Mankind in unison asks God why all these bad things happen. God reveals himself to be a narcissistic monster who revels in his evil deeds. At the same time, He also "loves" mankind because they worship Him no matter how much He hurts them.

God talks about how He and his heavenly hosts laugh in Heaven while watching mankind's suffering, mocking their prayers and taking pleasure in their undying devotion to Him. God is also responsible for the destruction of several cities which he demolished with fire and for taking the lives of his believers' followers.

Once more, anytime God commits an abominable act, the believers in the song choose to view everything He does as being part of His divine plan. 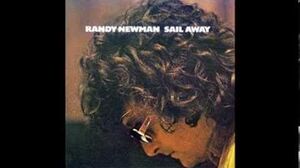