The origins of the God Hand are mysterious and unknown, but its members are known to have once been human before using a Crimson Behelit during a Solar Eclipse that occurs once every 216 years. Once they do this, they transcend their current status and are reborn as demonic angels and emissaries of the Idea of Evil. In order to do this however, they must offer a sacrifice of their loved ones and their souls will be used to fashion a new form. The story of the God Hand was told about a legendary warrior named Gaiseric, who lost his entire kingdom to a man imprisoned in the Tower of Conviction who summoned angels to smite Gaiseric for his sins.

Since then, the God Hand has served as overseers of humanity and have shaped many events of human history, interracting with the phyiscal world while also recruiting new members into the organization and gaining servants in humans who become Apostles or establish various faiths and religions in their honor. Guts, the main protagonist of the series, first saw the God Hand when they allowed Griffith to join them and had him reborn as Femto in exchange for all of the Band of the Hawk members to be sacrificed for his rebirth. 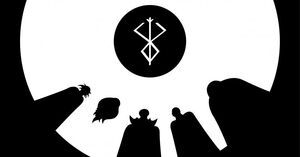 Silhouettes of the God Hand 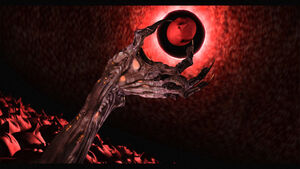 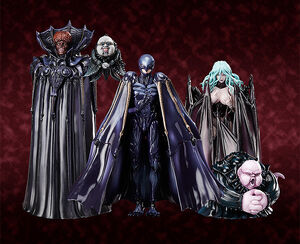 Members of the God Hand
Add a photo to this gallery

Retrieved from "https://villains.fandom.com/wiki/God_Hand?oldid=2440867"
Community content is available under CC-BY-SA unless otherwise noted.