Leader of the Neros Empire
CEO of Kirihara Konzern

Profiting off of his business.

God Neros is the leader of the Neros Empire and the main antagonist of Choujinki Metalder.

He plots to take over the world by using his Neros Empire, a consortium of various criminal and terrorist organizations, to spread chaos throughout the world to undermine stability. His public identity is Gozo Kirihara, head of the Kirihara Konzern, which Neros uses to support his various underworld activities.

It is eventually revealed that Neros was originally Kunio Muraki, a former colleague of Metalder's creator Dr. Koga and scientist in the Imperial Japanese Army who went into hiding after being convicted of war crimes at the end of World War II.

He is voiced by the late Takeshi Watabe, who previously voiced Don Horror in the first Metal Heroes series Uchuu Keiji Gavan, and also voiced Emperor Aton and Lagorn in the Super Sentai series and Waruder in Kikaider 01. In his human identity as Gozo Kirihara, he is portrayed by Shinji Todo, who previously played General Hedrer in Denshi Sentai Denziman.

During the Second World War, Kunio Muraki served as a technical major in the Japanese Imperial Army and assisted Dr. Koga in development of the Superhuman Machine project. Behind Koga's back, Muraki tested his research by experimenting on prisoners of war during World War II. Though convicted at the end of the war and sentenced to be executed in Singapore, Muraki managed to fake his death by bribing prison officials and went into hiding in America where he crafted a new identity for himself as Gozo Kirihara. Gozo would go on to join America's largest crime syndicate and work his way up to leader, before annexing the other major crime organizations as well. With his mob money, Gozo established an international financial empire within Tokyo's Shinjiku district and crafted a public identity for himself as a philanthropist, all while keeping his criminal dealings a secret. Beneath the front of the Kirihara Konzern however, Gozo took up the identity of God Neros and founded the Neros Empire, a secret society formed from the underworld organizations he controlled behind the scenes. With his scientific knowledge created four armies - the Battle Robot Army, Monster Army, Armament Army and Yoroi Army - while also converting himself into a cyborg. With four armies of assassins at his disposal, a secret lair known as the "Ghost Bank" and the capital he wielded through the Kirihara Konzern, God Neros conspired to rule the world through the arms market.

Upon learning that Koga discovered of survival and intends to activate Metalder to stop him, God Neros sent his forces to kill him. A team led by Chuubo succeeded in murdering the scientist, but was unable to stop him from activating Metalder. God Neros correctly deduced that Metalder would be a threat to his army and sent his assassins to destroy him, but Metalder was able to fight off each and every one. Neros's trusted bodyguard Coolgin then fought Metalder one-on-one and managed to strike him down, but Metalder survived and managed to repair the damage done to him. Despite this Metalder was unable to stop God Neros from using the Neros Empire to spread famine and war throughout the world.

Later on, God Neros became concerned that his true identity would be uncovered after reporter Shingo Ogi began looking into Dr. Koga's past. To keep his identity a secret, Neros sent Coolgin to assassinate him after he returned to Japan. Metalder appeared to defend him and fought off Coolgin, cracking open his helmet and revealing his face was the same as Gozo Kirihara's. Though Coolgin had unwittingly revealed the connection between his identity as Gozo and the Neros Empire, Neros chose to spare Coolgin as he was still useful to him.

He sent Geludoling to attack Metalder and used his distraction to kidnap Shingo. Upon bringing him to his lair, Neros hypnotized him and had him take up the identity of the deceased Tagsky before sending him out to fight Metalder. He also instructed Balusky and the Battle Robot Army to accompany him. However, Metalder was able to nonlethally incapacitate Shingo and fight off the Battle Robot Army with help from Top Gunder, seemingly destroying Balusky in the process.

As Metalder and Top Gunder headed towards the Kirihara skyscraper to storm it and defeat Neros, Neros made preparations for their arrival. He had the remaining warriors of the Yoroi Army (save for Chuubo and Coolgin) go out to guard the interior of the Kirihara Konzern building and dismissed his other warriors from the Ghost Bank while he made secret preparations with Coolgin, Chuubo and Dranger for his escape. While the Yoroi Army kept Metalder and Top Gunder busy, Neros switched places with his body double Coolgin and made his escape as Coolgin while the real Coolgin stayed behind as Neros to face the two heroic androids. Once Metalder and Top Gunder reached his throne, Coolgin set the Ghost Bank to self-destruct in an attempt to kill both androids. However, the only casualties of the explosion were Coolgin, K and S, as Metalder and Top Gunder were able to survive and exited the Ghost Bank through its last remaining gate. After the pair finished off Dranger and the Armament Army, God Neros (in the armor of Coolgin) appeared and fatally stabbed Top Gunder before fleeing the scene.

Neros then met up with Balusky, who had survived his previous clash with Metalder thanks to Lortail, and repaired him so he could go out and finish off Metalder one last time. After Balusky was slain, finishing off the Battle Robot Army, Neros set up base in a backup hideout and made preparations for his final battle with Metalder. Metalder quickly deduced that the Neros he had destroyed before was Coolgin in disguise and thus went to confront the real Neros.

Upon Metalder's arrival in his hideout, Neros summoned the spirits of the members of the Yoroi Army and sent them to attack the super android. Metalder managed to evade them, but was injured in the process. Upon arriving in Neros' throne room, Metalder was faced by the spirit of Coolgin but slew it and sent it back to Hell. Neros then revealed that in his scuffle with the spirits, Metalder's gravity generator was damaged and that it would destroy the Earth unless deactivated. He then proclaims he will rebuild the Neros Empire and offers Metalder a place in it, but Metalder refuses Neros' offer and gets up to face him. Neros was finally killed by Metalder after he decapitates him with his Laser Arm chop. With Neros' death, his hideout exploded and the Neros Empire came to a definitive end.

As evidenced by his name, God Neros possesses a very big ego, openly proclaiming himself to be a god. A ruthless and cold man, he seeks only to expand his personal power and cares very little about the dozens of lives lost due to his actions. He is also highly intelligent and excels at manipulating global affairs to his advantage, such as conspiring to rig the stock market in favor of himself and his wealthy colleagues.

Despite his true nature, Neros is very charismatic. He keeps his underworld dealings hidden from public eye and puts on the persona of a benevolent philanthropist in his human form as Gozo Kirihara, with very few people knowing anything about his past as an Imperial Japanese war criminal.

Neros is also very unforgiving when it comes to his treatment of his subordinates, often having those who fail him or defy his orders put to death. At the same time, Neros is not overzealous in this regard and will spare a subordinate who still proves useful to him, such as Barbery or Coolgin. 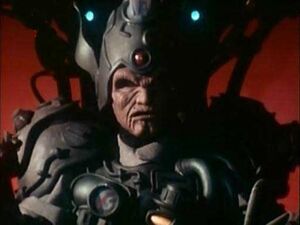 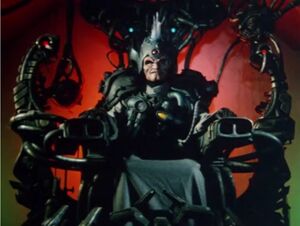 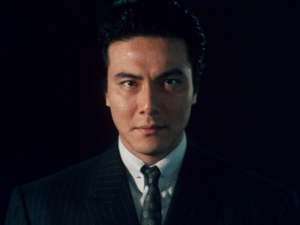 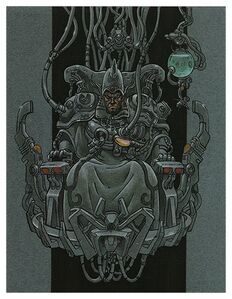 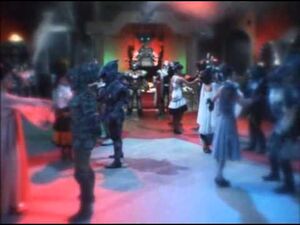