Gallant God of the Arena

Fighter at the Colosseum of Fools

Battling tough opponents.
Feeding her opponents to her beast.

Fight and defeat the strongest opponents.

God Tamer is a minor antagonist and optional boss in Hollow Knight. Along with her trained beast, she is a veteran warrior who competes in the Colosseum of Fools, participating for the sport of slaughtering others.

Little is specifically known about God Tamer's origins, although the Hunter believes her to be a veteran warrior of the Colosseum of Fools. Even after she and her trained beast were infected with Infection, she continues battling in the Colosseum, this time hunting down the other fighters for the sport of it.

God Tamer is fought only at the very end of the Trial of the Fool, the third and last trial of the Colosseum of Fools; should the player lose to God Tamer, they must go through the entire trial from the beginning. However, there is enough time for the player to heal before she enters the arena, and both her and her beast have little health compared to the other bosses.

God Tamer's tactics are limited as the only attack she can pull is a leap attack, in which she leaps to where the Knight was at the start of the leap and swings her lance down. Her beast on the other hand, has two attacks, one of which is a spewing of Infection blobs in three groupings with two safety spots in between each grouping; the other attack is a roll across the arena similar to that used by the Watcher Knights, although instead of stopping when a wall is hit, the beast climbs the wall and then jumps to where the Knight was standing when the leap began.

Defeating God Tamer and her beast wins the Trial of the Fool, and the Knight is ranked as "The Champion of Fools". Other than obtaining an achievement and Geo, the player does not receive any items or upgrades, making the fight only required to achieve a 100% game completion ranking. 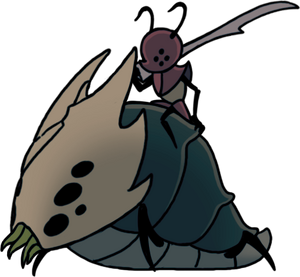 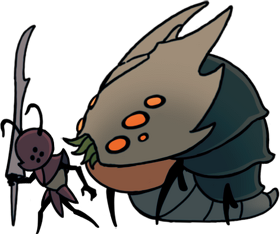 God Tamer alongside her beast.
Add a photo to this gallery 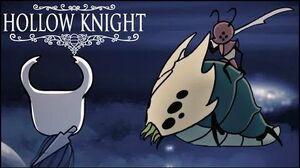 Retrieved from "https://villains.fandom.com/wiki/God_Tamer?oldid=3748172"
Community content is available under CC-BY-SA unless otherwise noted.