God of Death or also known as The Reaper was the final antagonist of the Assassination Classroom series. He was the disciple of Koro-Sensei.

After he saw his father being killed, he admired the assassination and decided to become an assassin, he was trained by an unknown assassin for several years, when the training was complete, he betrayed the latter during an assassination mission because he always considered him only as tool.

After that event he became the world's best assassin and was tasked with the mission of killing Koro-Sensei and his students, however he was defeated by Karasuma.

After that, he was found by Shiro, which revealed him the true identity of Koro-Sensei and asked him to join with him for the fulfilment of his final plan. The assassin accepted, Shiro then transformed him into a tentacle monster for the final battle against Korosensei.

During the final battle he overpowered the latter and nearly killed Kaede Kayano, causing Korosensei to release an energy beam towards him, which destroyed half of his body and allowed the former teacher to finish him with a stab to the chest. As the God of Death died, Koro-sensei apologized to his former student for not acknowledging him and that if they met again in the next life, he would treat him right. Touched by those words, the God of Death shed tears as his body completely disintegrated.

While disguised, he has a short grey hair and normally wears his hat. In reality withouth his mask, he has a skinless red skull face. Later after Shiro injected him with a stronger version of the Antimatter tentacles, he obtained a more monstrous appearance while still retaining his skull face and his desire to kill his mentor.

When he was a kid, he was lonely and raised by parents who did not love him. Then one day he saw an aspiration of his life through the killer of his father and sought to become like him by seeking his approval. At first the second God of Death was very happy to be trained under his master and was very loyal towards his master, alas, he slowly started to hate him because his master was thinking his apprentice only as his convienient tool and not caring or considering him at all, leading him to become a bitter, egoistical and sadistic.

This would later come back to haunt Koro-sensei and his students of Class E. It is possible that he attempted to claim lives of Class E's students out of sheer envy as they had something he was never able to have: a genuine love from their beloved teacher. 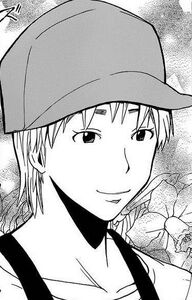 God of Death in the manga.

God of Death in the anime.

God of Death smiling to his master 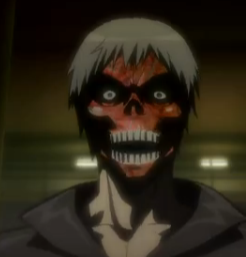 God of Death without his mask 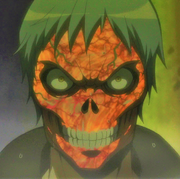 God of Death defeated by Karasuma

God of Death returns as a tentacle monster 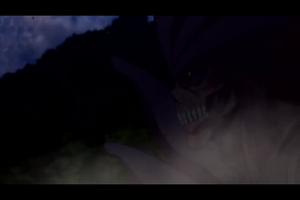 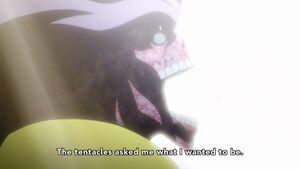 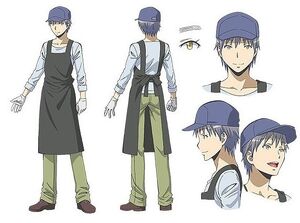 Add a photo to this gallery
Retrieved from "https://villains.fandom.com/wiki/God_of_Death?oldid=3773476"
Community content is available under CC-BY-SA unless otherwise noted.