Rebuild Camelot and proclaime herself as a Goddess

Preserve a number of ideal specimens of humanity forever inside Rhongomyniad

Tyrants
Goddess Rhongomyniad, also known as the Lion King is an alternate version of Altria Pendragon (Lancer) from Bedivere's world, who keeps Rhongomyniad, the Holy Lance, to herself and becomes a spirit after a long time of being consumed by its power. She is also a major antagonist in Fate/Grand Order.

She serves as the main antagonist of The Sacred Round Table Realm: Camelot, which is the sixth chapter of Observer on Timeless Temple installment, as well as the chapter's 2020 two-part anime movie adaptations.

Unlike the Alter version of Lancer Altria, it's made clear that the Lion King is not simply a corrupted Lancer Altria, but rather a Divine Spirit that still resembles her original self. Due to the circunstances that made her divine, Goddess Rhongomyniad is not summonable, unlike the regular Lancer Altria or her Alter version.

She is voiced by Ayako Kawasumi, who also voiced other versions of Altria including Saber Alter.

In many ways, Goddess Rhongomyniad is the result of the main Altria could have become if she, at the end of Fate/Zero, had allowed her desire to rebuild Camelot with the Holy Grail's wish, consequences be damned, to consume her.

Thanks to Rhongomyniad making her a Divine Spirit, she became a more extreme version of the kind of King Arthur was in life, to the point of semi-sociopathy. Unlike her normal incarnation, she fully lost her humanity, meaning she became an even more extreme ruler who lack any compassion, emotions or human perspective.

Even with her loss of humanity, Goddess Rhongomyniad still maintains many of Altria's heroic beliefs. However, her lack of emotions intensified to the point where she is almost robotic and cold. Her lack of humanity distorted those beliefs in uncomfortable directions. 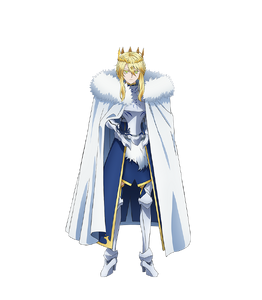 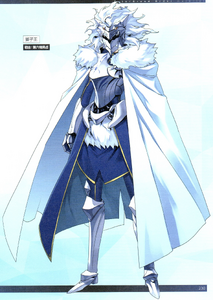 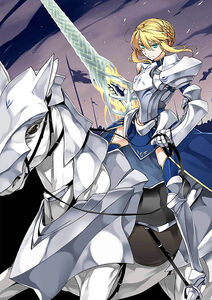 The regular Lancer Altria
Add a photo to this gallery 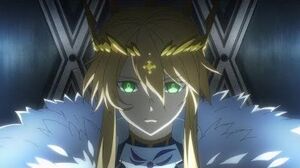 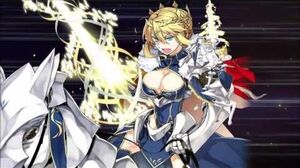 Retrieved from "https://villains.fandom.com/wiki/Goddess_Rhongomyniad?oldid=3703120"
Community content is available under CC-BY-SA unless otherwise noted.