Kill all of the speedsters who obtained their powers during the Speed Force Storm (failed).
Kill all of the criminals in Central City (formerly).
Earn the Flash's forgiveness (currently).

August Heart, better known by his alias Godspeed, is the main antagonist of DC Comics's The Flash: Rebirth series, beginning in 2016.

Godspeed is a colleague and old friend of Barry Allen (a.k.a. the Flash) who took on the serial killer persona Godspeed after obtaining Speed Force Powers after being struck by lightning. He began fatally draining the ability of other speedsters in order to make himself stronger, and using this speed to make himself judge, jury and executioner of other criminals in Central City, aiming to avenge his brother's murder by any means necessary.

After his brother was slain by a serial killer and let free due to a lack of good evidence (which were also destroyed by a lightning strike), August confronts a group known as the Black Hole, who he recognizes their ensignia from a recently made grafitti nearby the scene of the crime. The member's guns shoot at the man, but before Barry can rescue him or he can die, a bolt of lightning from the Speed Force strikes him! Now blessed with the powers of the speed force, he then defeats his attacker, as Barry reveals his alter-ego to him, as he's now a hero. August then creates his own coustume and joins the Flash to fight crime, with his main goal to stop his brother's murderer.

After Black Hole's defeat, they notice more of the Speed Force's lightning turn more people into Speedsters. The two then manage to find the newly gifted people and stop any that use them for evil. After, they find Dr. Meena Dhawan, who after becoming a Speedster herself, made a training area for fellow Speedsters. When Barry and Meena come back after finding more speedsters, August, who is wounded, reports that a Speedster killed the criminals who has the Speed Force and took their abilities: Godspeed.

After he has recovered, August brings two fellow Speedsters to attack Dr. Carver, who has also blessed with the same ability. Later, when Barry and Meena return from a break day, they find Godspeed. Meena confronts him, but he kills her and two other recently recruited speedsters to take their speed. Later, after the masked criminal murders Billy Parks, the main suspect in the recent murder case, Barry connects the dots: August is Godspeed! Barry find the vilgilante, where he confirms his friend's worries and annouces that, giving up on the justice system, takes matters into his own hands. August also tells that when nearby the more nefarious Speedsters, he could feel their connection through their ability. He then took their speed, murdering them and wounding August, later doing the same to Meena and the two more kind Speedsters.

However, he seemed to do both at the same time, but that's when Godspeed reveals his second ability: being able to create a doppelganger to be in two spaces at once. (Although it takes a lot of physical might and is somewhat limited.) Barry then escapes, and August confronts Black Hole members about the death of his brother, slaying them when they say nothing worthwile. When the recruits gift their speed to Barry and Wally West harmlessly to stop the rouge Speedster, August manages to swipe Avery Lo's, a fellow recruit's speed. Barry rushes after him, where August reveals he'll go to Iron Heights and murder the hero's foes. Luckly, Kid Flash helps the Flash defeat and inprison the vilgilante.

As a incarniated man, August joined the Rogues to work on their plan to kill Copperhead. When Captain Cold used his abilities to stop the Flash, August managed to shut off his harmfuly energy, saving the day. August later reveals that his deeds were morally incorrect, and asks for his friend to forgive him.

As Central City was being invaded by Gorilla Grodd and his mooks, Barry inquired if August can help him deal with the deadly beast, freeing him to do so.

August Heart/Godspeed appears in the CW TV series, The Flash and debuted on the eighteenth episode of the fifth season. He was initially portrayed by Kindall Charters (in Season 5) while also being voiced by B.D. Wong when he is masked, and is currently played by Karan Oberoi in Season 7. 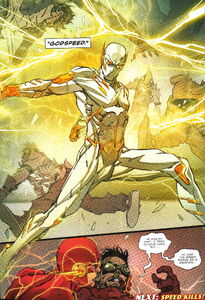 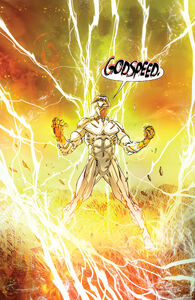 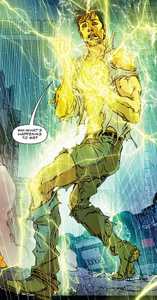 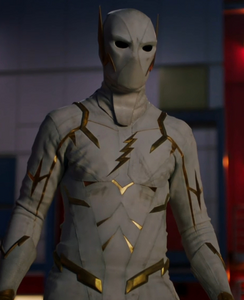 Godspeed appearing on The Flash. 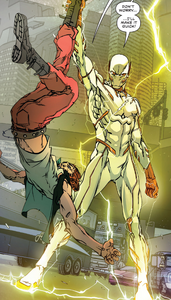 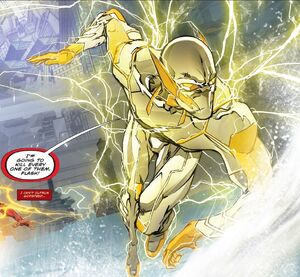 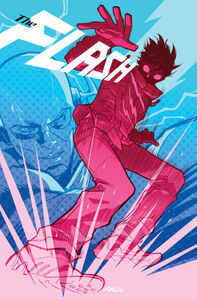 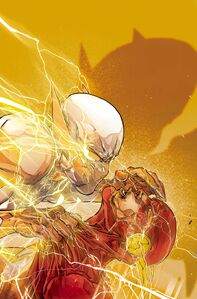 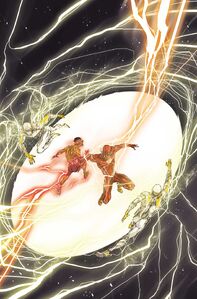 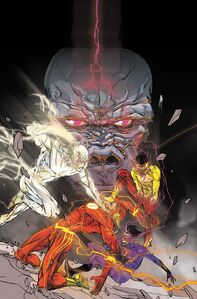 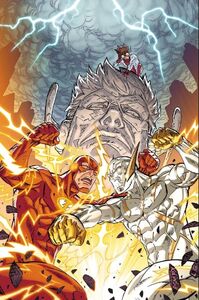 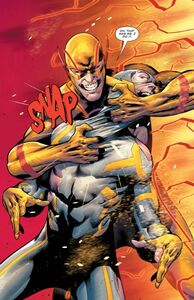