Gofer is one of the main villains from Gradius. He is a gigantic mutated head, who controls the Xaerous space fortress.

Gofer used to be a human, but Bacterion changed him into a hive mind to control the space fortress Xaerous. After Bacterion's brain is destroyed in the First Bacterian War, Gofer takes the role of Bacterian Leader, using Xaerous to attack Planet Gradius, thus starting the Second Bacterion War. Planet Gradius once again sends the spacefighter Vic Viper to stop Gofer's assault. Gofer is ultimately defeated, which results in the explosion of Xaerous, since he controlled it with his mind.

Much time later, Dr. Venom artificially resurrected Gofer and sent him with his fleet to the past to kill James Burton, Venom's arch-nemesis, so there would be no pilot capable of stopping him. David Burton, using the Vixen spacefighter, goes after Gofer and defeats him.

Centuries have passed, and the universe was in peace. Unknown to everyone, when Gofer was destroyed during the Second Bacterion War, a part of him broke free and wandered the universe. This piece, after traveling the cosmos for centuries, finally felt into a planet, infecting it and mutating it into another space fortress. Gofer once again sends his forces to attack Planet Gradius, which is taken by surprise, since Bacterion had long been destroyed, starting the Fourth Bacterian War. Vic Viper is once again sent to fight the Bacterians. Gofer is once again defeated and as the space fortress explodes, the planet reverts to it's original state.

Gofer, as he appears in Gradius II

Gofer, as he appears in Nemesis 3 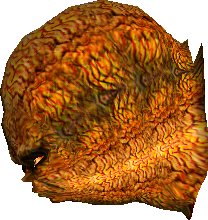 Gofer, as he appears in Gradius IV 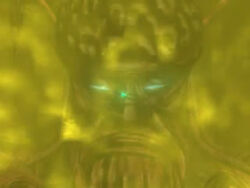 Gofer, in the intro movie of Gradius Deluxe Pack
Add a photo to this gallery

Retrieved from "https://villains.fandom.com/wiki/Gofer?oldid=3442651"
Community content is available under CC-BY-SA unless otherwise noted.