Help Mojo take over the universe.

Gog is a supervillain from Marvel Comics.

Gog was born in the realm of Haizlip and given to a Haizli prince as a pet, while another Tsilin was given to the princess. When the Haizli engaged in civil war, the loyalist populace was evacuated; however, the cargo ship carrying the Tsilin crash-landed on Earth.

Gog was discovered and raised by Kraven the Hunter when the spaceship which he was on crashed in the Savage Land. He took Gwen Stacy hostage by order of Kraven when she, J. Jonah Jameson and Peter Parker were on a mission to find Kraven in the Savage Land, with the help of Ka-Zar. Spider-Man seemingly outwitted Gog when he fell into quicksand, but Gog was in fact rescued by The Plunderer, Ka-Zar's brother. The Plunderer used Gog to help commit crimes, until the creature grew bored and wandered away.

Gog was later forced by Dr. Octopus to join the third incarnation of the Sinister Six. After the team's defeat, Reed Richards shrunk Gog down to a smaller size, and relocated the creature to the Haizlip realm, where he remains.

When he returns home thanks to Reed Richards, he finds the world at war with itself. Gog is able to locate the Boy and try to race to him on the battlefield even stopping a sniper from firing on his former owner. Before Gog can reach him, a massive explosion kills the Boy. Gog refuses to leave his side as the battle continues on around him. When the battle ends, the Queen finds Gog. She reveals that the Tablet of Life ended up in their dimension, but her attempts to use it against their enemies only made the wars more destructive. She charges Gog with taking the now shattered parts of the Tablet back to Earth and to hide them away She entrusts him to protect the pieces, giving him  and vows to poretcive from anyone.

Gog is a hunter working for Mojo. He usually partners with his father Ma'gog. When he was sent to hunt Longshot, he took a much smaller and cuter form. Pretending to just stumble upon Longshot he accompanied him when he first came to Earth and acted like a harmless creature whom Longshot named Pup. As time went on "Pup" grew larger and developed a more fearsome aspect while at the same time Gog began questioning how he felt about Longshot even saving his life at one point. Eventually, Gog angrily left vowing to destroy Longshot. Gog tormented Longshot and his friends while growing larger and larger from feeding off magic left in Longshot's wake. Finally, Longshot, along with Dr. Strange, was confronted by "Pup", who told Longshot to call him Gog 'n' Magog, and began fighting him. Dr. Strange told Longshot to destroy Gog, he was torn about killing his "friend". Gog had no problem attacking Longshot absorbing more of his magic and growing bigger, Dr. Strange then began feeding Gog more and more magic until he was ready to burst. Strange then instructed Longshot to throw a blade at Gog and after some soul searching Longshot did causing Gog to explode.

Gog later appeared with his father hunting the X-Babies. Later still they captured Shatterstar for Mojo and fought X-Force.

Gog is from the Tsiln race where they can grow up to 300 feet when they reach adulthood. During incubation period, their minds are programmed with Tsiln language and culture. These aliens are very loyal and gentle towards the ones they love. Gog had superhuman strength, durability and a semi-prehensive tail he can use to strike enemies. 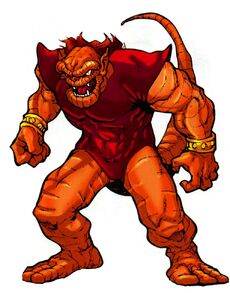 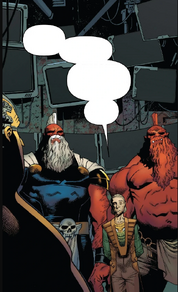 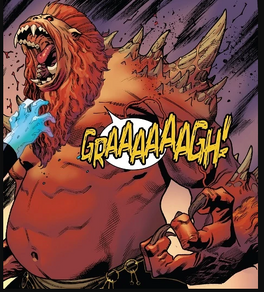 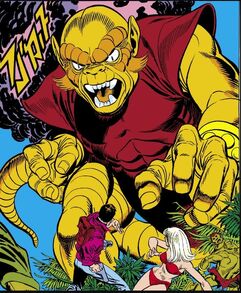 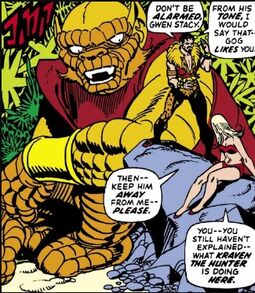 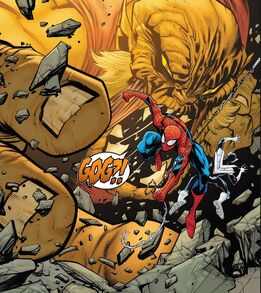 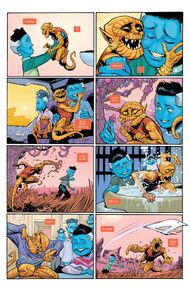 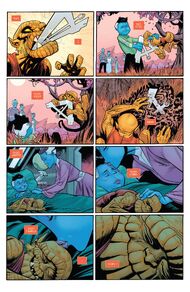 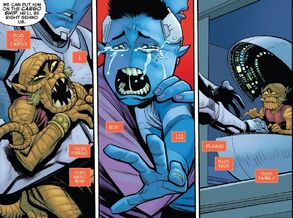 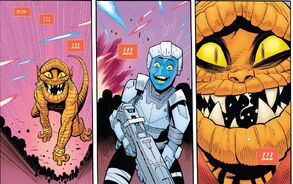 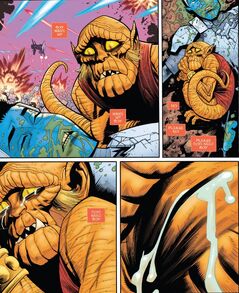 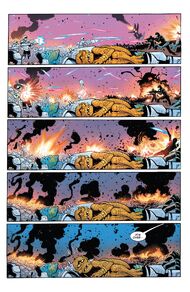 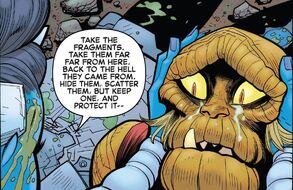 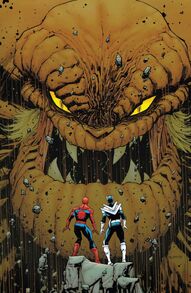 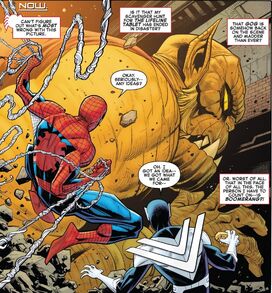 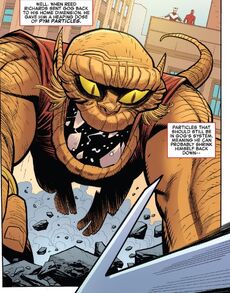 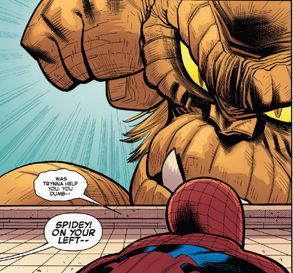 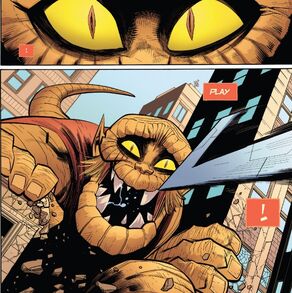 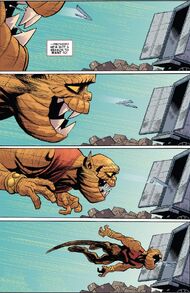 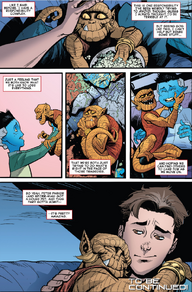 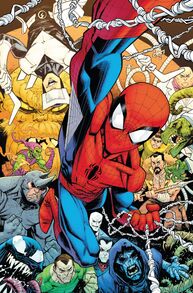 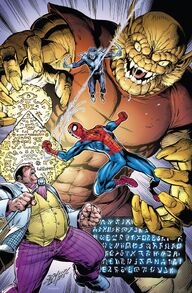