Villains Wiki
Register
Don't have an account?
Sign In
Advertisement
in: Spoilers, Homicidal, Five Nights at Freddy's Villains,
and 26 more

Representation of Flumpty's chaotic side

Playing along with Flumpty's games.

Golden Flumpty is the overarching antagonist of the One Night at Flumpty's fan-game series.

He is a mysterious golden version of Flumpty Bumpty. Had One Week at Flumpty's been finished, it would have been revealed that he's none other than Flumpty's inner demon, alter-ego and the living manifestation, incarnation, embodiment and representation of his most cruel, evil, destructive and chaotic side.

He would have also been the main antagonist of the cancelled One Week at Flumpty's.

Although Golden Flumpty has no shown personality in the games, he is a representation of Flumpty's chaotic side, which, seeing how Flumpty acts, makes it likely that he is utterly cruel, sadistic, psychopathic and heartless. He wanted Flumpty to be as insane as possible, and has no comedic moments (besides arguably his portrait in the credits of the first game).

Golden Flumpty is Flumpty Bumpty's inner demon and representation of his chaotic side. He wanted Flumpty to cause as much chaos as he can.

Golden Flumpty appears mostly during the final hours. He appears in the office at random, and you need to pull the camera up so he won't kill you.

Golden Flumpty acts exactly the same but now you can turn the lights off to not get killed.

Golden Flumpty activates at 4 AM. He can appear in every single camera, and if the player drops the monitor while Golden Flumpty is visible on the camera feed, he will jumpscare them; However, instead of killing them, he drains their temperature.

He's killed by Flumpty at the end of the first night for failing him and managing to let the player survive (however, being he the reason of Flumpty's madness and his inner demon, it is highly probable that he may be still alive).

It would have been revealed on the sixth night that the player was Flumpty this whole time. The whole game was inside his head and Golden Flumpty was Flumpty's inner demon. Flumpty defeats Golden Flumpty and goes back in time to revive everyone he has killed so they can get their revenge and kill Flumpty. 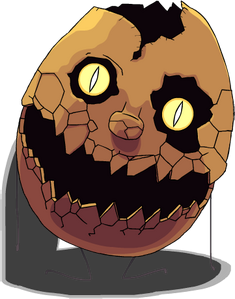 Golden Flumpty in the first game. 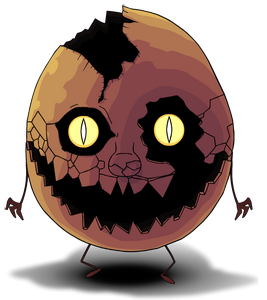 Golden Flumpty in the second game. 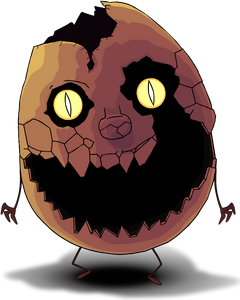 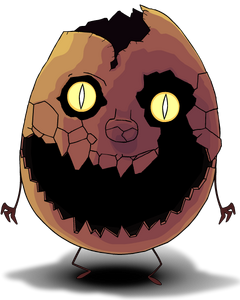 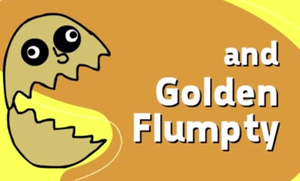 Golden Flumpty in the credits for the first game. 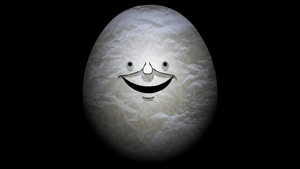 A hallucination of Golden Flumpty in the first game. 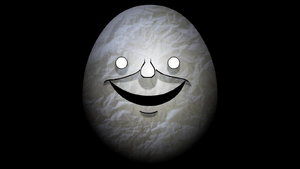 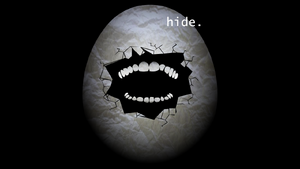 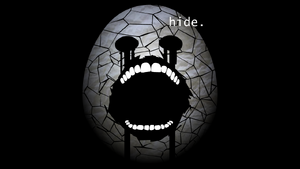 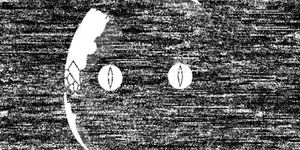 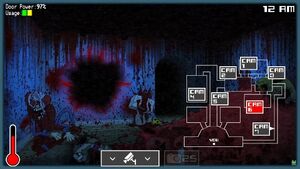