Blow up the All-Star games.

I worked in a gold factory. We had a boss who only cared about money. He didn't give us lunch breaks, so we had to eat the gold. And then, one day, I looked in the mirror and I guess you are what you eat.Goldenface's "tragic backstory".

Goldenface is the main antagonist of The Office film-within-a-film Threat Level Midnight.

He is portrayed by John Krasinski, who also portrayed Jim Halpert.

Goldenface was a man who worked at a gold factory. He didn't have any lunch breaks, so he had to eat the gold. As a result, he became a man with a golden face. He made plans to blow up all the All-Star Games so that all the trophies will explode all over the place and everything will be gold just like him. His plots at the NFL, MLB and NBA Allstar games were failed by famous spy Michael Scarn. As Scarn ran a 20k with Robin Williams, Goldenface blew up the WNBA Allstar game where Scarn's wife was. Goldenface now plans to blow up the NHL Allstar game with a bomb and hostages. Goldenface appeared at the NHL Allstar game tryouts and made Scarn lose to a skater. The bomb eventually turns out to be the puck, since Scarn searched the entire stadium. Goldenface plans to release the hostages and defuse the puck if Scarn forgives him for the death of Scarn's wife. Instead, Scarn said "Hey, Goldenface. Go puck yourself!" Scarn took a bullet to the brain, lungs, heart, back and balls. Goldenface works with President Jackson after the president saw footage of Scarn killing the skating winner. As Goldenface is on vacation, the puck lands on him, explodes, and kills him in the process.

Goldenface has a golden face, a suit with a golden tie, a golden pocket square, and a golden gun. In the speed-skating scene, he wears a skin tight black suit and ice skates.

Goldenface only cares about business. 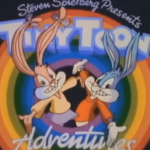 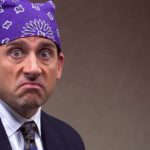