Keith Kenyon, or better known as Goldface, is a villain in DC Comics. He appears as a villain to the Flash and Green Lantern.

Keith Kenyon was a political sciences student who was exposed to a chest of gold that had been affected by toxic waste. As a result of exposure, he gained superhuman strength and invulnerability. The gold also gave him a golden glow, apparently as a side effect of the serum. Of course, being close enough to yellow meant that Green Lantern's power ring could not affect him directly, making him particularly formidable against the super-hero. Deciding to rebel against the wishes of his father, a prominent labor union organizer, he began stealing gold around Coast City, which led to his defeat by Green Lantern. He began to refine his criminal ways by wearing gold-plated armor and using a "gold-gun" which sprays liquid gold. After many clashes with Green Lantern, Kenyon decided to change his motif and ruthlessly began taking over criminal empires.

He eventually moved to Central City and became a foe of the Flash, Barry Allen. In recent years he apparently let go of his villanous ways. After serving his time, he moved to Keystone City and, following in his father's footsteps, became an honest Commissioner of Union 242. Overtime, his elixir has slowly turned his skin into an organic golden flesh.

In Justice League Unlimited, Goldface (voiced by an uncredited Lex Lang) appears as a recent member of Gorilla Grodd's Secret Society when he is seen during the raid on Gorilla City turning the gorillas into gold. When the Secret Society holds a meeting with Luthor to discuss their plans, Luthor makes an example out of Goldface and uses a device on his belt to hurt Goldface's face. He survived, for he was then seen during the mutiny within the Secret Society, when he sided against Gorilla Grodd and was subsequently frozen by Killer Frost, along with the other mutineers.

Goldface appears as a one-shot villain in the fifth season of The Flash. He is portrayed by Damion Poitier. 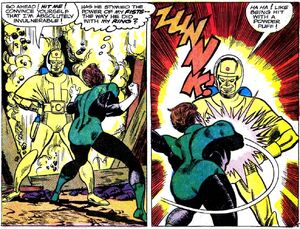 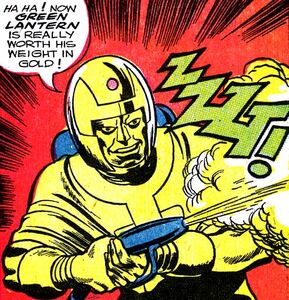 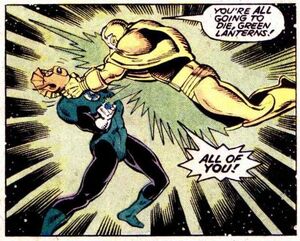 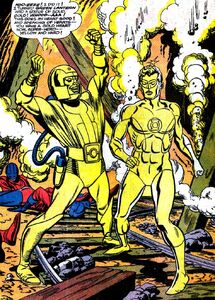 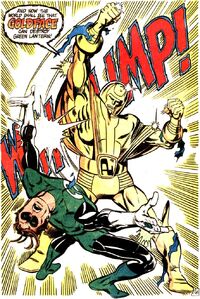 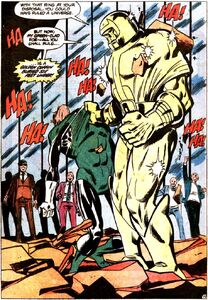 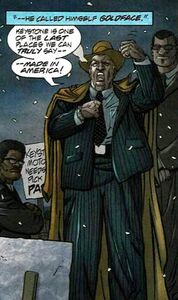 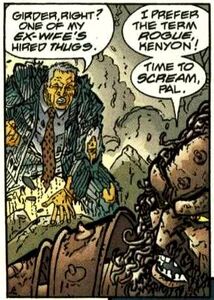 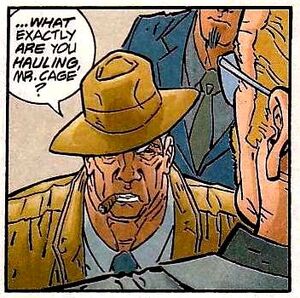 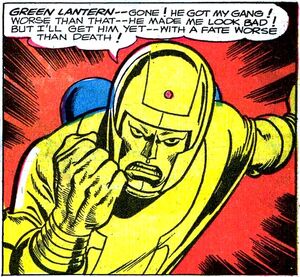 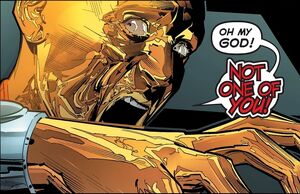 Retrieved from "https://villains.fandom.com/wiki/Goldface?oldid=3778962"
Community content is available under CC-BY-SA unless otherwise noted.