Gonzalez is a crime lord and an minor antagonist in Grand Theft Auto: Vice City and GTA: Vice City Stories.

He was also Cortez's friend and came to Vice City to ship and sell the cocaine. However, he steals some of it to make a side profit but later stole some of his money. Gonzalez gets in contact with Victor Vance and sends him to do tasks for him. Gonzalez broke ties with Vic when a group of goons ambushed Vic and stole the cocaine even though Vic killed them and returned the merchandise. Gonzalez was later engaged in a war with Ricardo Diaz. Ricardo allowed Gonzalez to ship the weapons to Cortez but was reminded to tell him about any shipment heading to Vice City. Two years later, Gonzalez was revealed to have a part in ruining the drug deal between the Forellis and Vance Crime Family. Under Cortez's orders, Tommy Vercetti arrived at Gonzalez's suite and killed him with a chainsaw. 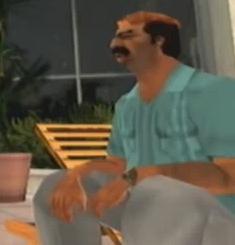 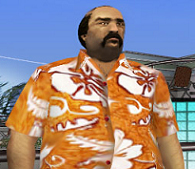