Leader of the Gorgosaurus

Kill Patchi and his herd (failed).

Gorgon is the main antagonist of the 2013 computer-animated film Walking with Dinosaurs 3D. He is the savage leader of a Gorgosaurus pack and Patchi's arch-nemesis. He is known on the lookout for his next meal and is determined to feed his extended family and uses whatever strategy he can to capture his prey.

His vocal sound effects were provided by Paul Pirola.

Gorgon is first seen when Patchi and his brother named Scowler get caught up in a huge fire when migrating with their herd to the feeding grounds. Gorgon attacks the two brothers while they are separated from their family and prepares to eat them when their father named Bulldust, who is also the leader of the herd, steps in to protect his sons and battles the evil dinosaur. After a fierce fight, Gorgon then clamps his jaws down on Bulldust's neck, killing him.

Later, Gorgon is shown catching a pterosaur to feed himself and his hungry henchmen. He discovers Patchi alongside Juniper's herd and is given the right moment to attack. Gorgon and his thugs charge at the herd, causing them to run in fear. There is mayhem as Gorgon's henchmen separate the weak and young from the herd and prepare to kill them. Patchi, Juniper, and Scowler fall into a raging river and are swept away, but survive.

In the final confrontation, years later, Gorgon and his henchmen ambush the herd once again. He turns on Scowler and attacks him. However, before he can finish him off, Patchi rushes to the rescue. He head-butts the wicked dinosaur and, aided by Juniper, drive off his three thugs. Gorgon makes one final lunge in an attempt to kill Patchi, who, thinking of his father, brother, and Juniper, charges at Gorgon, knocking out some of his teeth and breaking his right arm with the hole in his frill. Gorgon, in defeat, runs away into the forest along with his minions.

Millions of years later, his skull is found by a palaeontologist named Zack, his niece Jade and nephew Ricky.

While Gorgon may be comparable with instinctive predators, the only thing that made him different was his persistence in following a prey once he set his eyes on them had significant grudges against those who are fortunate enough to survive his grasp: This was shown when he sees Patchi and his friends, he immediately charged his minions to attack them in spite of obstacles that set to deter them.

Although his respective film got generally negative reviews from critics and movie-goers, he is arguably the most popular and beloved character in the film. Plus, a lot of people, especially dinosaur enthusiasts, praise the design, even if it is inaccurate compared to what Gorgosaurus actually looked like in reality. 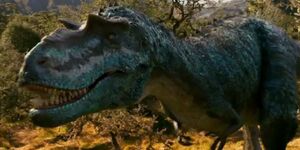 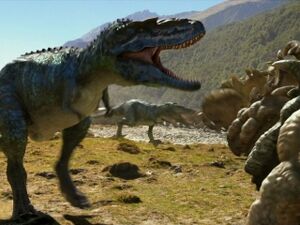 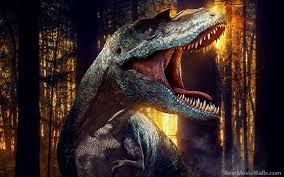 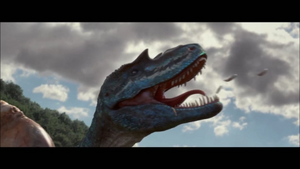 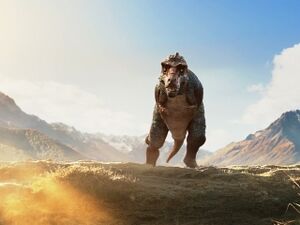 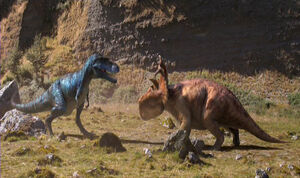 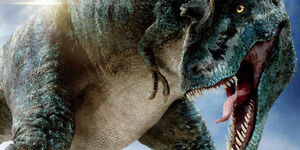 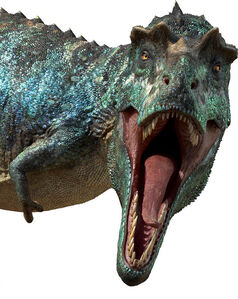 Retrieved from "https://villains.fandom.com/wiki/Gorgon?oldid=3537008"
Community content is available under CC-BY-SA unless otherwise noted.