Parasitic Aliens
The Gorgon was a lone member of a parasitic alien race from the Sarah Jane Adventures and was the primary antagonist of the "Eye of the Gorgon" story arc - inhabiting the host body of the Abbess and using the nuns of St. Agnes Abbey to try and fulfill its goal of obtaining a talisman that would allow it to open a portal to Gorgos, the home-world of the Gorgons and allow the aliens to invade Earth and presumably wipe out the human race (after enslaving them and using their bodies as vessels). 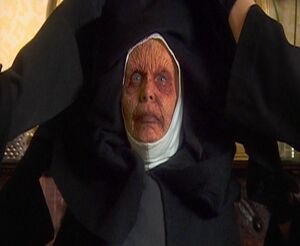 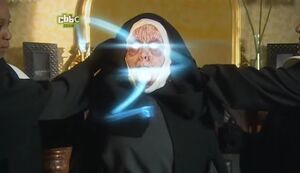