King of the Spectral bats

Praising and preaching about Cama Zotz.

Kill and eat Shade and his colony

Goth is the main antagonist of the children's book series Silverwing and it's television adaptation. He is a cannibalistic vampyrum spectrum bat and the archenemy of Shade Silverwing.

At some point before the events of the books, Goth had been captured by humans along with another vampire bat named Throbb, and they were both given bands. Goth was able to escape with Throbb's help but didn't understand the Northern stars and didn't know how to get home. He decided he would have to get a bat guide. He saves two bats, Shade and Marina, from an owl and pretends to be their friends, while in reality wanting to find Shade's colony and devour the entirety of them. Marina became suspicious of Goth's intentions, which Goth caught up on and commanded Throbb to kill her. However Throbb instead kills a bat he mistakes for Marina. Shade witnessed Throbb eat the bat and was able to escape from Goth with Marina when Goth and Throbb are tranquilized by humans.

Goth wakes up and he, along with Throbb, chase after Shade and Marina and finds them in a electric tower. He takes Marina's band and just as he captures Shade, the electricity hits his and Throbb's bands and electrocutes them, killing Throbb but Goth survives. After eating a bird he swears revenge on Shade and his colony.

Goth has been travelling South and enters a cave. There, he meets Cama Zotz, who instructs him to let himself be captured by humans. Uncertain but faithful to his god, he is captured and taken to a facility that straps explosives onto bats and drops them onto target cities.

Shade's colony, along with Marina and an owl named Orestes, arrive at the facility and end up at Goth's enclosure. Goth and Orestes are shocked and they are launched towards a city. Goth recognizes the jungle and arrives there, becoming king of the Spectral bats. Zotz tells Goth that in three days time, an eclipse will occur, and if Goth can sacrifice one hundred lives, Zotz will be freed.

Goth succeeds but fails to sacrifice them all due to Shade distracting him. Voxzaco tries to fix the mistake by dropping the explosive disk on the pyramid, but this causes an explosion, killing Goth.

Goth woke up in the Underworld, suffering from a case of amnesia so bad that he couldn't even remember his name. He eventually met Throbb and made his way to Cama Zotz's pyramids, which is the home of all dead Vampyrum Spectrum. Goth climbed to the tip of the highest pyramid, where he met Phoenix, Zotz's chief excavator. Phoenix told him he was to be enslaved in Zotz's massive mines to the Upperworld. Goth tricked Phoenix into freeing him, and he flew off into the Underworld. Cama Zotz appeared and punished Goth by consigning him to swill in Cama Zotz's stomach once the tunnel to the Upperworld is finished. Goth convinces Cama Zotz to give him another chance by allowing him to go back to the Upperworld and undoing his mistakes. Cama Zotz agrees, but doesn't have the ability to send Goth back. The only way for Goth to leave the Underworld is if he steals the life of another being. Cama Zotz tells Goth that there's a living creature in the Underworld, Griffin, and leads Goth to him.

When Goth catches up to Griffin, he finds his strength severely diminished to the point that a newborn Silverwing can defeat him. Cama Zotz chastises him, and sends him on his way. Goth once again finds Griffin and Luna, this time in the memory cave. Before Goth could get close enough to Griffin to kill him, Shade appeared. Goth's old hate for Shade made him attack Shade instead of Griffin, and in the confusion, he and Shade were knocked into a river of an unknown black liquid. Goth dragged himself out and was back on the trail, catching up to Shade's group at the huge waterfall. He almost caught Griffin, ripping open his shoulder, but he was crushed by a massive downpour of water.

Cama Zotz decided that a different tactic was needed, so he disguised Goth as Griffin. Goth lured Shade to Cama Zotz, who would keep Shade from interfering with Goth's murder of Griffin. After killing Griffin and stealing his life force, Goth escaped the Underworld through the tree to find a pyramid and restart Cama Zotz's religion.

In the TV Series

As with the novels, Goth is the main antagonist of the show, along with Throbb. Unlike the books, Throbb is his brother-in-law, while he was simply a hunting partner in Silverwing. They were captured and banded by scientists, who bring the pair up to a research facility in the north. They escape and fed on the local animals, starting rumors of bats attacking birds.

Goth and Throbb met Shade and Marine by killing an owl that was stalking the pair of smaller bats. After Goth explained that he and Throbb were from the south and were trying to get back to their home, Shade offered to guide them southwards in exchange for safety from birds.

He and Throbb then are often seen chasing the two small bats throughout out the remainder of the show, acting as the main antagonists and by far the greatest threat presented from that point on. Goth only talks about Zotz in a few episodes, revealing little about the bat-god. He later joins joins forces with the wolves and attack the owls at Hibernaculum. He falls for Shade's trick and falls in the water, but not before trying to drag Shade down with him. He is presumed dead, however he is hard to kill and have survived fatal injuries earlier in the series only to return.

He had a prominent Spanish-accent in the series (due to the fact that he and his kind live in Central America) and would often call Marina senorita and introduce himself and Throbb with "hola" the Spanish equivalent for hello when attacking them during the show's run. Along with his Spanish charm, Goth has the brutality and beliefs of the Aztec and Maya.

He, like his spectral bat kind, sees Cama Zotz as his supreme god, such as swearing His name on a promise, especially a false promise. Though, Goth does despise Him for taking pleasure in testing the faithful, even those who serve Him. This is known after Goth drops a rock on his foot by accident, and curses Zotz for his own mistake. Despite this, Goth is truly loyal to Cama Zotz, calling himself "His most loyal prince, who has served him well, all these years." Goth even gets very livid after Shade jokingly misnames Him, "Zitz", and deeming the insult as blasphemy. The false vampire bat's loyalty is tested again after Shade echo-projects Zotz himself, and tricks Goth into saying "I am a naughty bat" again and again and only stop until He says so. With fear and loyalty, Goth does this, until the echo-projection fades, and Goth, humiliated and insulted by Shade's trick, vows to have the silverwing and his colony pay for mocking the name of Cama Zotz. 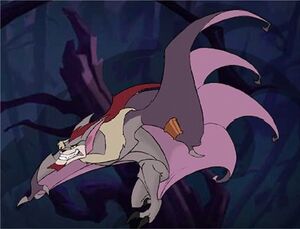 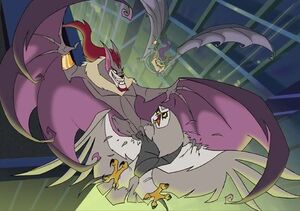 Goth and Throbb fighting an owl. 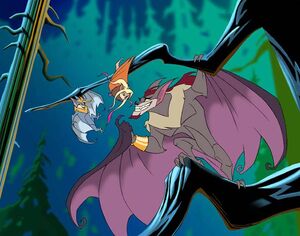 Goth with Shade and Marina. 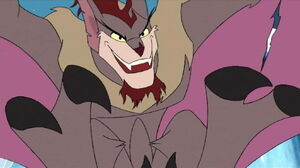 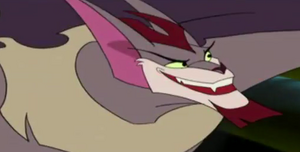 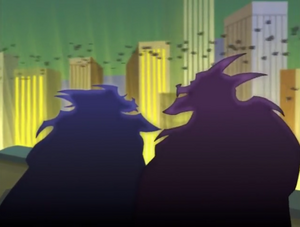 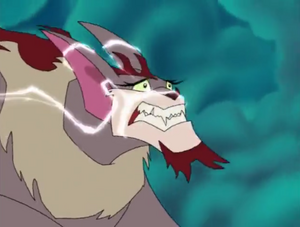 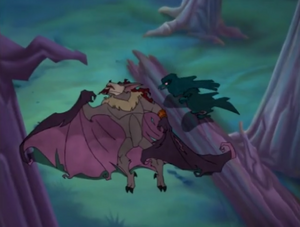 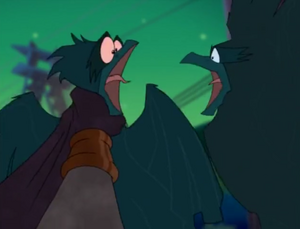 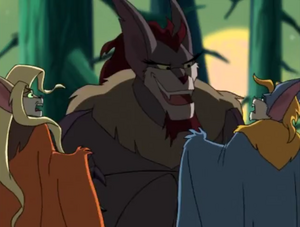 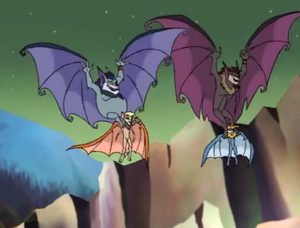 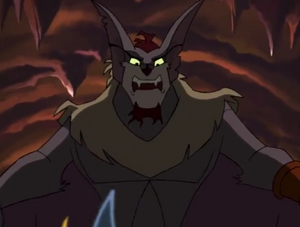 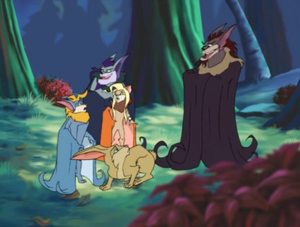 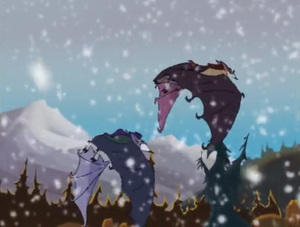 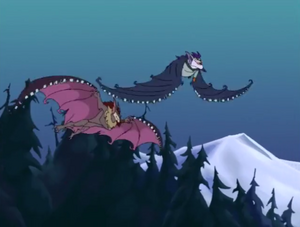 Add a photo to this gallery
Retrieved from "https://villains.fandom.com/wiki/Goth_(Silverwing)?oldid=3878481"
Community content is available under CC-BY-SA unless otherwise noted.