The Gozerian Servitors are huge supernatural monsters that are the slaves of Gozer and enemies in Ghostbusters: The Video Game. One of these creatures serves as a mini-boss in the stylized version of the Central Park Cemetery Level in the game. They can only be defeated and destroyed by well-marked Boson Darts and wrangling parts of their bodies. It is notable that these beasts bears a resemblance to the Grave Monster from the realistic version of Ghostbusters: The Video Game.

The Gozerian Servitors are huge beasts with green eyes and faces appeared to be skeletal and bodies made of stone. On their backs are seems to be Boson Darts and gravestones.

Gozer was known to enslave so many from other planes of existence he has ruined to do his bidding and aid in his conquests. These creatures feel no loyalty toward the Gozerian, but fight fiercely for him knowing that victory will mean their pact is dissolved and they can return to whence they came.

These creatures were all destroyed following Ivo Shandor's ultimate demise at his mausoleum in the cemetery. 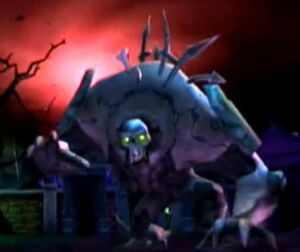 One of the Gozerian Servitors. 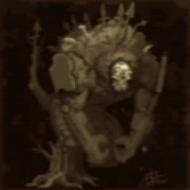 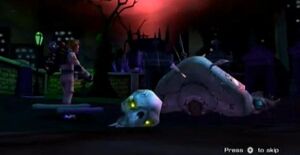 One of the Gozerian Servitors disintegrated by Ray Stantz and the Rookie. 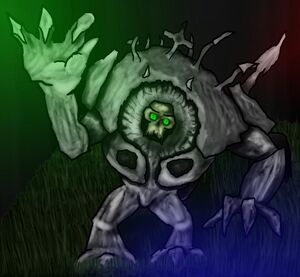 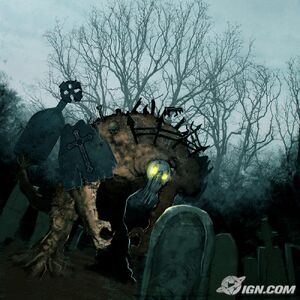