The Gozerian Terror Bear is a bear statue on Wall Street in Manhatten, New York that was animated by the evil entity Idulnas.

The Terror Bear started off as an inanimate bear statue on Wall Stree when Idulnas was brushed off by the Ghostbusters. Determined to finish them off, Idulnas brought the statue to life, causing it to go on a rampage for several hours before disappearing into thin air, much to the citizen's surprise and horror. 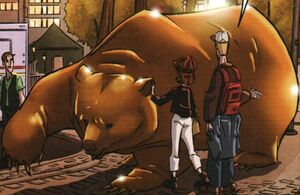 An ordinary bear statue in the Bowling Green park. 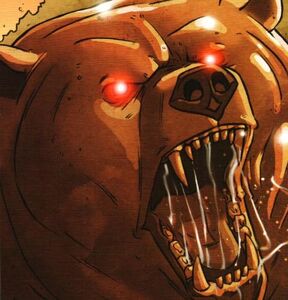 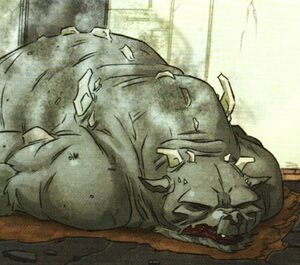 The Gozerian Terror Bear is defeated and destabilized.
Add a photo to this gallery

Retrieved from "https://villains.fandom.com/wiki/Gozerian_Terror_Bear?oldid=3549934"
Community content is available under CC-BY-SA unless otherwise noted.