She was voiced by Emily Alyn Lind who also played Snakebite Andi in Doctor Sleep and Melanie in The Babysitter film series.

One Christmas, the Coal Elf Brigade arrives at Grace's home to deliver coal for being naughty. However, Grace arrives, disguised, with several toy traps and minions, including a remote-control toy dog that chases the coal elves away, but manages to steal their Fruitcake Conduct Calculator.

However, when they arrive, they spring traps set up by Grace around the house, including a toy dump truck that launches ornaments at them, her robot dog, and a robot rabbit that Noel does battle with. Lanny makes his way to Grace's bedroom, but accidentally hits himself with his sleep powder ornament grenade, and Grace locks the door and duct tapes it shut.

She duct tapes Lanny to the wall and reveals herself, explaining that she needs the password to the database to remove herself from the naughty list. She blames her being naughty on her baby brother, who destroyed her favorite toy and ruined her chances of asking Santa for a new one. She apparently acted naughty to try to win back the attention of her parents, who, to her, seem to only care about him. Lanny accidentally lets the password slip, and Grace hacks into the database and removes herself from the naughty list. However, this unintentionally sets off a reaction that starts putting all of the children in the world onto the naughty list.

Realizing what she's done, she apologizes and helps repair a broken antenna on the Conduct Calculator, which Wayne and Noel attach to a more powerful antenna, giving off the signal needed to revert the lists back to normal.

It is shown later that she received a new toy from Santa to replace her destroyed one, and that she finally starts to appreciate and truly care for her little brother.

Grace is incredibly smart and determined, able to hack, repair, and alter advanced technology at a very young age. She is also very conflicted, as she does not want to be naughty, but sees it as a result of her current hardships.

Grace is a small girl with short red hair and green eyes. When she is dressed casually, she wears purple pants, a purple barrette, and a pink sweatshirt with Disney princesses Snow White, Cinderella, and Rapunzel on it. In her disguise, she wears a long blanket, yellow rubber gloves, and a toy space helmet resembling that of Darth Vader. 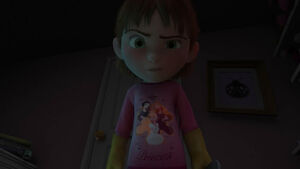 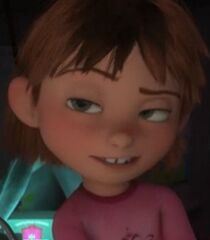 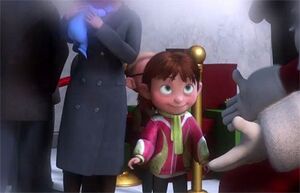 Grace about to see Santa. 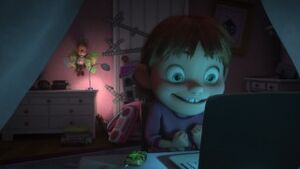 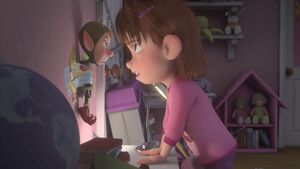 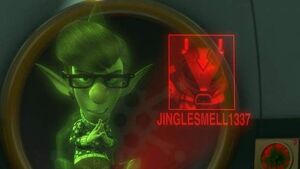