Enjoying the position her marriage brought her.

Get rid of Oswald Cobblepot (failed).

Grace van Dahl is a major antagonist in the second season of Gotham. She is the wife of Elijah van Dahl, but has only married him for his money. Because of that, she is more than unhappy with Oswald Cobblepot coming to the mansion to live with them.

She was portrayed by Melinda Clarke, who also portrayed Helen Collins in Nikita, Jessica Priest in Spawn, The Siren in Charmed, Julie Cooper in The O.C. and Kelly Donovan in The Vampire Diaries.

Grace was a waitress in a diner that Elijah frequented after the death of his mother. She and her children were abused by her husband. Sensing Elijah's weakness, Grace befriended him and soon manipulated him into falling in love with her and she and her two children going to live with Elijah at his mansion. Eventually, Grace and Elijah married. She became accustomed to her wealthy lifestyle and sought to maintain the luxurious life, she believed she was owed.

Seeing him as a competitor to the vast Van Dahl fortune, Grace and her children are more than unhappy when Elijah brings Oswald Cobblepot, his son and only blood-relative, to the mansion. Although they hate Oswald, they feign acceptance.

While Oswald and Elijah talk, Grace overhears them. She hears Cobblepot confessing that he has done bad things and then interrupts the two, giving Elijah what is supposed to be medicine for his heart. However, she is later shown to swap Elijah's medicine with peppermints, most likely in the intention to kill him in what seems to be an accident to inherit his fortune. Grace and her children approach Elijah and Oswald the next day, having researched Cobblepot and found out about his criminal past. Grace reveals this to Elijah, hoping that he would throw Oswald out of the house. Unbeknownst to her, Oswald had already confessed to this and Elijah had forgiven him for all his sins, so Elijah's reaction is not at all what she expected. After their plan has failed, Grace sends her daughter to seduce Oswald to find out what he has planned for the "Old Man", but that too fails.

After Elijah has a heart attack due to Grace's botching with the medicine, Grace sends her children to "clean up the mess" and to call for an ambulance. The doctor reveals to the family that Elijah does not have enough time to live, but Elijah disagrees. Nonetheless, he tells his wife to call for their lawyer to get his affairs in order. After she has done this, Grace tells her children about Elijah's intention to change his will and tells them that they have to get rid of Oswald. She later poisons Oswald's drink but Elijah drinks it and dies, much to the supposed shock of Grace. To get rid of the evidence, Grace's son spills the rest of the drink.

After Elijah's funeral Grace at first tries to throw Oswald out of the house but decides to keep him as a servant until they will ultimately kill him, making it look like a suicide. Although her children are more than unhappy, Grace tells they need to keep Oswald close because with the right lawyer he might cause them trouble. Indeed, the family holds Oswald as a slavelike servant, misusing him on every oppurtunity. During his work for Grace, Oswald accidentally finds the flask used by Grace to murder Elijah. Having grown suspicious, he smells it and uses it to pour some water to Grace's dog. After seeing the dog dying with the same symptoms Elijah showed, Oswald realizes what Grace did when her children show up to bully him. Realizing their true colors, he falls back into his old ways and planned vengeance on her family for his father's death and their abuse to him.

While Oswald serves Grace her dinner, she finds fault in the consisty of the meat and tells Oswald to ring the bell again as her children have not yet joined her for dinner. She noticed his new attire, as he became Penguin again but Oswald shrugged it off. He then reveals that he knows about the poison that Grace used to kill Elijah. She tries to deny it but gets scared by his erratic behavior, as he remarked on how careless she was in getting rid of the evidence. She quickly tries to run away, but Penguin quickly stops her by threatening her with a knife. Grace calls to her children once more for her help, but Penguin says that they wouldn't be able to come to her rescue. Grace asks Penguin what he had done to them.

He reveals that he killed Grace's children as retribution against their abusive behavior towards him and has made food out of their bodies, presenting them as the meal that Grace was eating. Realizing that she was eating her dead children and seeing she pushed Oswald over the edge to cause it, Grace is wrecked with complete guilt and horror, and Oswald brutally stabs Grace to death, avenging his father's death and his treatment by his stepfamily's hands. He would later use Grace's severed head as decoration. 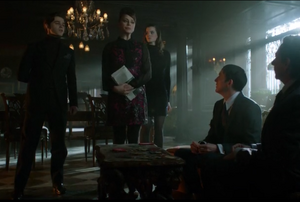 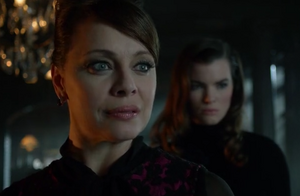 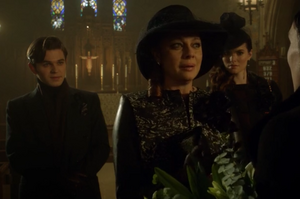 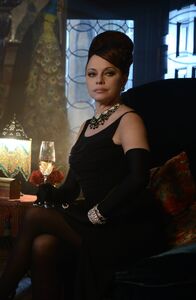 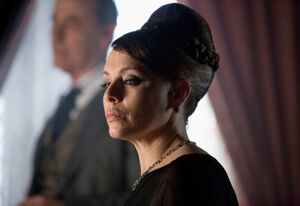 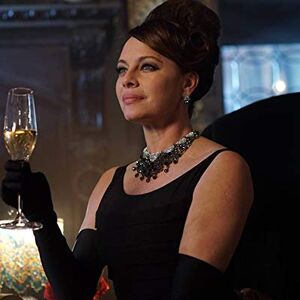 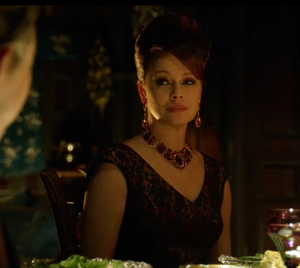