To play with Gumball and Darwin forever.

Grady is the main antagonist in The Amazing World of Gumball episode "The Puppets". He also appears in the mini-series "Waiting for Gumball". He used to be Darwin's childhood puppet toys, until he turned evil.

He was voiced by Baker Terry, who also played Tony the Talking Clock.

Grady is a tall, lean grey puppet with a triangular head, a dark gray nose, and red hair. He wears a navy blue suit covered in polka dots and a mustard yellow shirt underneath. He also wears a bowtie and a circus hat with a red and yellow color scheme.

Grady appears in the episode "The Puppets" where Gumball and Darwin were cleaning out through their old toys until Gumball found the box with Grady, Frank, and Howdy in it. Darwin wanted to play with them but Gumball refuses saying that they have to grow up. However, Darwin secretly takes the puppets and starts playing with Frank and Howdy, but leaves out Grady because Darwin only has two hands.

Darwin then starts having fun with the puppets but Gumball catches him and throws them away. Later that night Frank and Howdy escape the garbage can and head for the house while dragging Grady. After Frank and Howdy took control of Darwin, Gumball had no choice but to put Grady on his hand. Grady thanks Gumball, and transports him to a bizarre live-action puppet world.

Grady tricks Gumball into following him to see Darwin with Frank and Howdy, and claims that this was actually a trap for Gumball. He managed to use Gumball and Darwin as his puppets, and proceeded to torture them by wearing worms, and eating toenails and grease. However, Darwin finds a string on Grady's arm and defeats Grady by ripping his arm off, freeing himself and Gumball. He is last seen attacking Billy by hitting him several times at the climax of the episode, and Gumball and Darwin never played with them again.

Its completely unknown what happened to Grady afterwards. 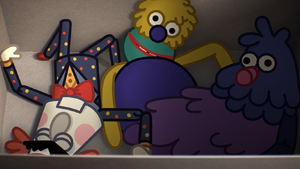 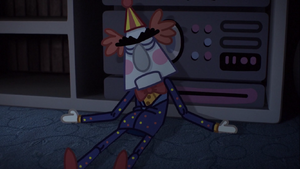 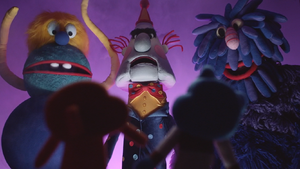 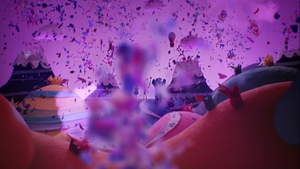 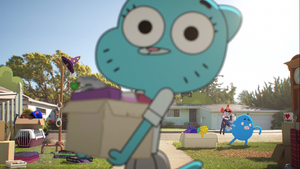 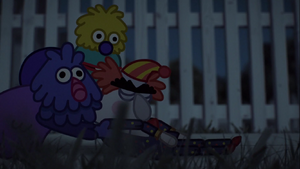 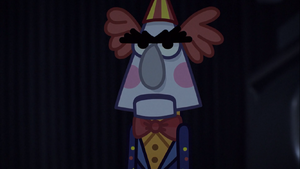 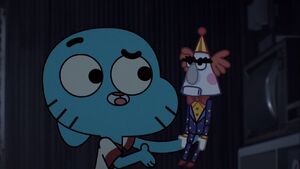 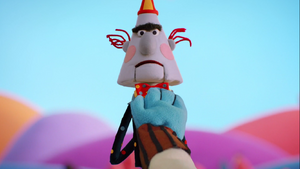 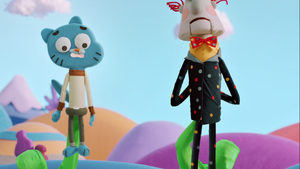 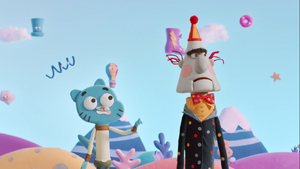 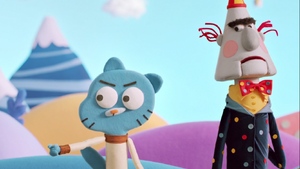 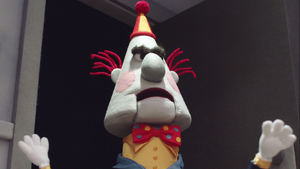 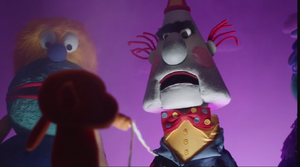 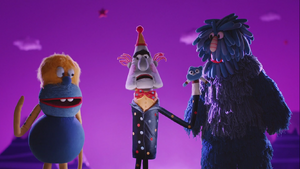