Grail the Godkiller
Goddess of Anti-Life

Restore her father to his prior strength (succeeded).

Grail is a supervillain in the DC Comics universe, primarily acting as a major antagonist in both the Wonder Woman and Justice League comics. She was the daughter of the despotic New God Darkseid and the Amazonian assassin Myrina who was prophesied to usher in untold destruction in service of the Anti-Monitor. An exceedingly powerful demigod, Grail was a threat to the entire Justice League.

Grail is the daughter of Darkseid, prophesied to cause great destruction at the behest of the Anti-God.

At the same time as the birth of Diana to Hippolyta, the Amazonian assassin Myrina gave birth to the daughter of Darkseid in secret, aided by Penelope and watched by the oracle Menalippe. Upon the birth of the young girl, Grail was defended by her mother from Penelope, who heard of the prophecy from Menalippe of the destruction that would be caused by the girl when she grew. After murdering Menalippe, Myrina fled Themyscira, bringing her daughter with her as the first Amazons to leave the island.

Decades later, Grail allied with the Anti-Monitor and aided him in declaring war on her father.

Grail is an expert hand-to-hand combatant. She was capable of besting the likes of Batman and Wonder Woman in battle. 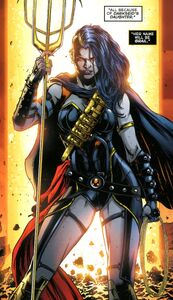 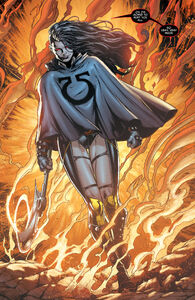 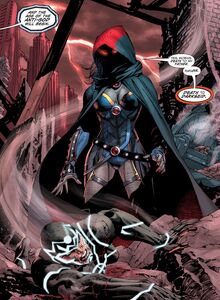 Grail appeared behind the injured Metron. 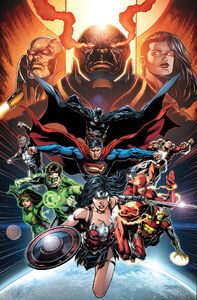 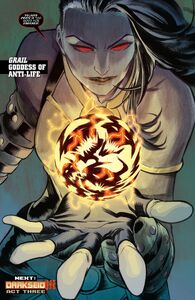 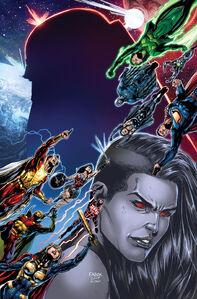 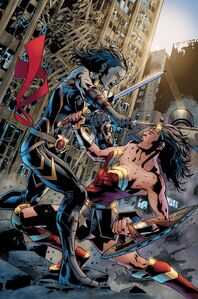 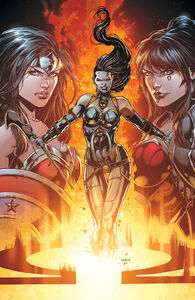 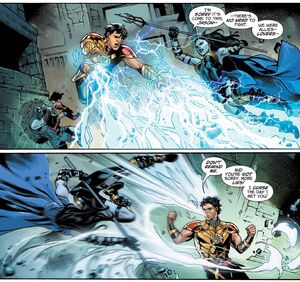