Images of the oppressive Imperial Grand Moff Tarkin from the Star Wars universe. 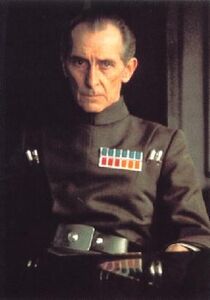 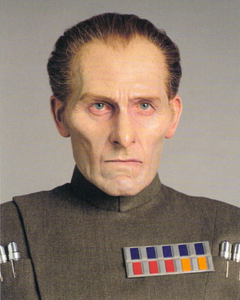 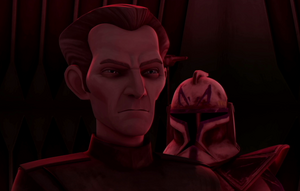 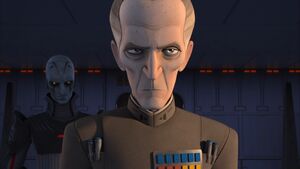 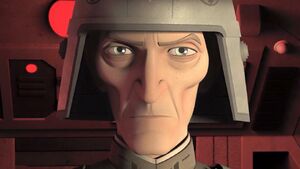 Tarkin at the end of the Clone Wars.

Tarkin seeing the completion of the Death Star.

Tarkin's appearance in Rogue One.

Tarkin confronting Director Krennic over previous failures and command of the Death Star.

Tarkin facing Director Krennic after the test on Jedha.

Tarkin some time before he destroyed Scarif. 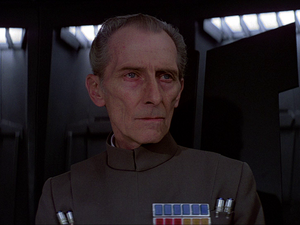 Vader and Tarkin during a meeting on the Death Star.

"Charming to the last. You don't know how hard I found it, signing the order to terminate your life."

"You would prefer another target, a military target? Then name the system!"

"I grow tired of asking this so it will be the last time: Where is the rebel base?"

"There. You see, Lord Vader, she can be reasonable."

"Continue with the operation; you may fire when ready."

"Dantooine is too remote to make an effective demonstration, but don't worry; we will deal with your rebel friends soon enough."

Tarkin angrily stands up during the meeting.

Tarkin with Vader after his arrival at Yavin IV. 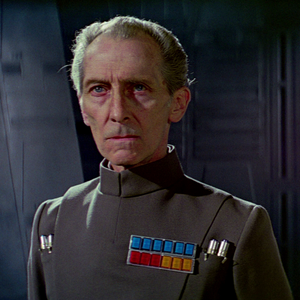 Tarkin oversees the timing before the super laser is charged so he can destroy Yavin IV and the Rebel Base.

"Evacuate? In our moment of triumph? I think you overestimate their chances." 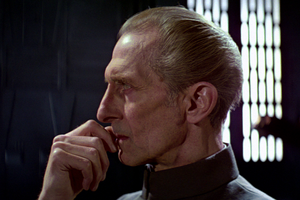 Tarkin's final moments before the destruction of the Death Star, unaware of his oncoming demise.

Tarkin dies as the Death Star is destroyed. 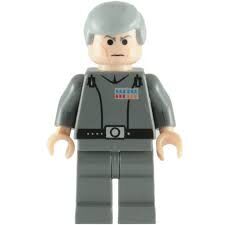 Tarkin released in the form of a Lego minifigure.
Add a photo to this gallery
Retrieved from "https://villains.fandom.com/wiki/Grand_Moff_Tarkin/Gallery?oldid=4159489"
Community content is available under CC-BY-SA unless otherwise noted.