The King of Evil
Pappy
Dad (by Father)

Transforming everyone else into Senior Citizombies.
Forcing children to work in tapioca factories.
Abusing his son.
Doing evil things.
Making everything old.

Destroy the Kids Next Door.
Claim the Book of KND (all failed).

Grandfather is the main antagonist of Operation: Z.E.R.O. and is by far the most powerful and evil villain and is also the overarching antagonist of the Codename: Kids Next Door series.

He is an extremely powerful and ancient demonic being who once ruled the world before he was overthrown by his elder son, Monty Uno. Many years later, he was revived by his younger son and successor, Father, and began transforming the people of the world into Senior Citi-zombies. Grandfather is very tall and lanky, and significantly taller than a normal person. He had a bald head and a large beard with long, scraggly strands of hair. He is also the grandfather of Nigel Uno (Numbuh 1).

He was voiced by Neil Ross, who also voiced Norman Osborn/Green Goblin in Spider-Man: The Animated Series, the Cyclops The SpongeBob SquarePants Movie as well as Colonel Volgin in Metal Gear Solid 3: Snake Eater.

During the Victorian Era, Grandfather (back then known as Pappy) ruled the world with an iron fist and forced all children to work in his tapioca factories. One day, his son, Monty Uno, discovered the Book of KND, led an uprising of children and defeated his evil father by erasing memories and powers.

During the dawn of the 21st century, Grandfather's other son, Benedict Uno, used the Recommissioning Module on Grandfather, then a decrepit old man, to restore his former self, and expected to work together with him to destroy the Kids Next Door and rule the world alongside him. However, Grandfather shunned his son and ordered him to leave, calling him a failure and claiming that he liked his other son more.

He then revealed his plan: To turn all the kids in the world into Senior Citi-Zombies, as well as everyone who was ever a kid. The villains cheered, until they realized that they all used to be children and that this amounted to every person in the world. They tried to flee, but in vain. Once Grandfather turned all of them into his zombie minions, he ordered them to invade the Kids Next Door's treehouses throughout the world, turn them into zombies as well, and turn their treehouses into tapioca factories. Soon, every nearly KND operative (and presumably every person) on the planet was transformed, save for Numbuh 1, who would re-commission his father, Numbuh 0.

After establishing his rule over the world, Grandfather turned his efforts to finding and destroying the Book of KND, as it could provide children with hope; the only thing that could defeat him. Grandfather arrived near its location just in time to be confronted by his son Monty, who was carrying the book in his back pocket. Monty wrestled with Grandfather until he found the Book of KND. Monty was able to resist Grandfather's power, but soon began to succumb to it.

Monty was able to fight off Grandfather long enough for Sector V to launch the KND Moonbase at him, and seemingly destroyed him. However, Grandfather survived relatively unscathed and emerged from the wreckage, only to find out that he was standing in a Decommissioning Chamber from the Moonbase. Grandfather and Numbuh 0 were both decommissioned once again, and turned back into their harmless, and clueless adult selves.

Grandfather is an uncaring, traitorous, and rebarbative parent who betrays all of the other villains, who were willing to help him, without a second thought and turned them into Senior Citizombies along with the KND. He is also shown to be extremely selfish, deceitful, and manipulative, wanting the entire world for himself simply, so that he can have solitude and tapioca pudding, and making the citizombies loyal only to him.

However, despite his evil intentions, he is shown to be fond of his elder son, Monty (when he is not directly opposing him). Grandfather shows sad disappointment towards the virtuous life that his son chose to have. Before Grandfather's decommissioning at the end of Operation Z.E.R.O., it was revealed that despite Monty's rebellion years ago, he was still in Grandfather's will.

However, compared to his younger son, Grandfather is extremely disappointed and crestfallen with Ben, and views him as disgraceful and cowardly, despite Ben following in his footsteps. He is also displeased and unenthusiastic to see him again after his recommissioning, as Ben hasn't recommissioned him out of love for his father but only so that he could finally defeat the KND.

On top of this, he was unimpressed, and he grows extremely annoyed and obstreperous when Ben points out that unlike Monty, he grows up to be pretty cruel, evil, ruthless, and diabolical, so he blasts him in order to make him shut up. He did, however, showed fear when Ben became Father again while being enraged before he quit working with his brother.

In addition to his demonic heritage, Grandfather possessed several other superpowers similar to his son, Father, but are much more advanced and even a few that his son does not have. 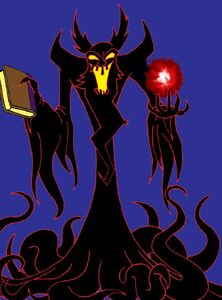 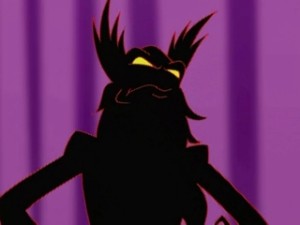 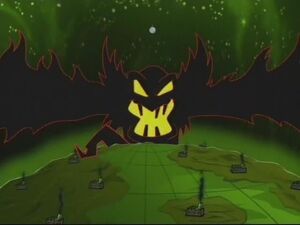 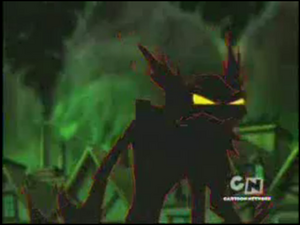 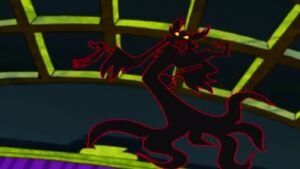 "Can I have a nickel? I want a nickel!"
Maxresdefaultyouthgrandfatherbenedictunojrvillains.jpg
Fanart of a photo of a younger Grandfather in his human form sitting next to his sons, Monty and Ben. 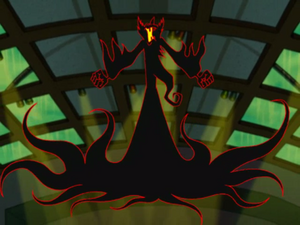 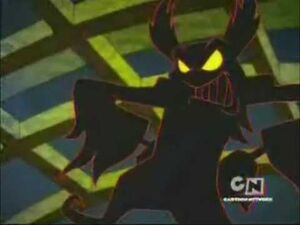 Grandfather's evil grin.
Add a photo to this gallery

Retrieved from "https://villains.fandom.com/wiki/Grandfather_(KND)?oldid=3227760"
Community content is available under CC-BY-SA unless otherwise noted.