To help Lord Ryuma in his sinister schemes (failed).

Dragon
Grandora is an antagonist in the anime series Shinzo. He resembles a blue three-headed ice venom-breathing dragon, and is Lord Ryuma's servant. Grandora heads uses a different form of attacking with ice, he was huge and powerful. Grandora resembles a parody version of Godzilla's archenemies, King Gidohra.

Grandora first appeared when he was awakened from deep sleep by Ungra to go on a rampage through town and force Mushra, Sago, and Kutal transform into Mushrambo so Lord Ryuma will use a black card to control Mushrambo and dominate all Enterra. While Mushra and the others fought Grandora, Ryuma released the black card and Mushra became a dark Mushrambo.

After Mushrambo crashed Ryuma's wedding, Ryuma and Grandora fought Mushrambo, but Mushrambo easily defeated Grandora and Ryuma killed Grandora in order to absorb him and become Grand Ryuma, but was no match for Dark Mushrambo and they were wiped out. 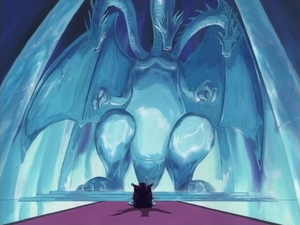 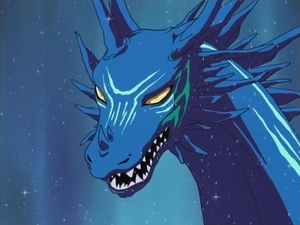 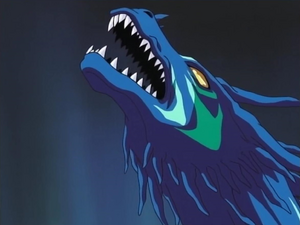 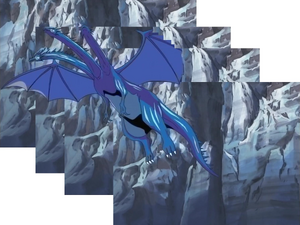 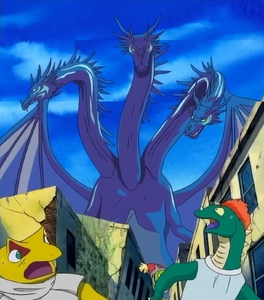 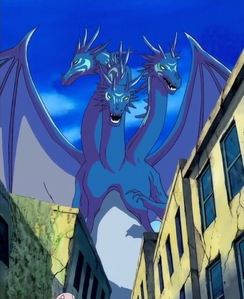 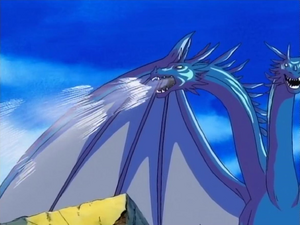 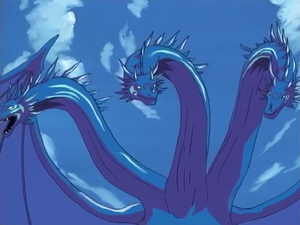 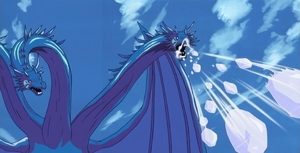 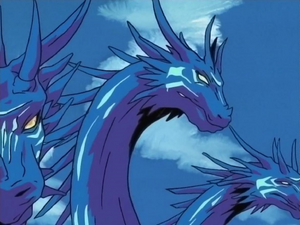 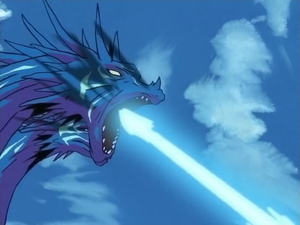 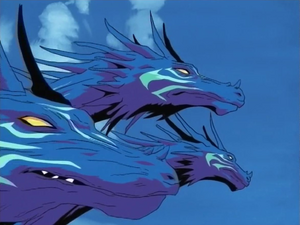 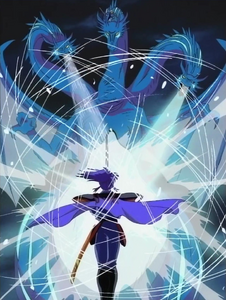 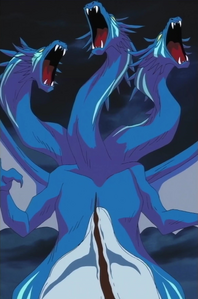 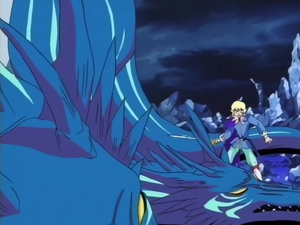 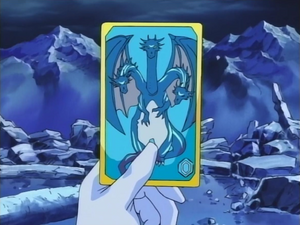