Assisting in Kidnapping and Theft.

Supervillain
Grandpa Fantom was a recurring villain in the Austrian TV-show "Die heiße Spur". He is the grandfather of Tom Turbo's archenemy Fritz Fantom.

Grandpa Fantom first appears disguised as a harmless old man, claiming to be the night watchman in a museum when his grandson broke in and stole some plans hidden in the furnitures by a scientist, then went on stealing a bottle of quicksilver from a laboratory. Tom tracks Fritz Fantom down in a TV station, where Fritz Fantom uses the stolen things to create a machine that sabotages all TV frequencies. Fritz Fantom then broadcasts across the city, demanding ten millions, or nobody will watch TV anymore. When Tom confronts him, the fake night watchman appears and reveals himself to be Fritz Fantom's grandfather, Grandpa Fantom, who planned the exact same thing, but his grandson was faster. The two Fantoms fight while Tom uses a trap to catch them both, leaving them raging while he broadcasts across the city, informing the viewers that Fritz Fantom is defeated once more.

In another episode, a man is seen by a boy digging for a treasure in the school's cellar. The boy calls Tom, who stays with him in the class when the man appears, claiming to be a new teacher. He asks the students to show their shoes, trying to identify the child who saw him. After he is forced to leave, another, elder man appears and asks for him. Later, the man from before turns out to be Fritz Fantom. After he found the chest he was looking for, his way gets blocked by the old man who reveals himself to be Grandpa Fantom. He rages at his grandson for stealing something that belongs to him and chases him across the school while beating him with his walking cane. Tom and the boy then open the chest and learn what Grandpa Fantom had buried in the school's cellar so long ago: his qualification, as he only got bad marks.

Another time, Grandpa Fantom assisted his grandson in a scheme to rob three rich sisters who think of themselves as more beautiful than the other two. Fritz Fantom lands in the jungle where he fights with an explorer about three magical coins. After getting them, Fritz Fantom demonstrates their power by making the natives attacking him getting an itch. He then sells the three coins to each of the three sisters. Tom stays in the jungle and discovers that the explorer is actually Grandpa Fantom, who is then attacked by natives who demand the things he and Fritz promised them for pretending that the magic coins worked. Meanwhile, Fritz Fantom activates the coins, which are actually teleportation devices, to teleport the sisters to his lair and steal their jewels before sending them away. After Tom got one of the coins from one of the sisters, Thomas hacks Fritz Fantom's computer and tries to teleport Tom to Fritz Fantom's lair, but accidentally summons another sister. In order to get her into a fight with Fritz Fantom, he tells her that he said that her sisters are more beatiful than her. Hearing this, she attacks Fritz Fantom. While they fight, Thomas finally teleports Tom to the lair, who takes the jewels with him before Thomas sends him and the woman away again. Fritz Fantom is then contacted by his grandfather, and the two tell each other that Tom defeated them. 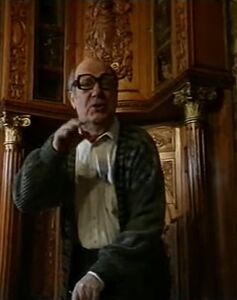 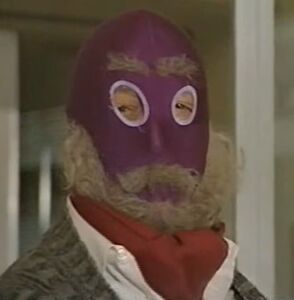 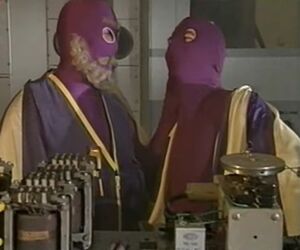