Fulfill his role as a penultimate boss in the game.

The Graphite Bugster is a major antagonist of Kamen Rider Ex-Aid. He is the one who spreads the Bugster virus and infects victims with it via the Gashacon Bugvisor.

He was portrayed by Shouma Machii.

Originally the boss of the Genm Corp. game Drago Knight Hunter Z, Graphite was among the Bugsters who emerged during Zero Day. He was born from Saki Momose, the girlfriend of Dr. Hiiro Kagami. Graphite managed to successfully achieve his perfect form and inherited Saki's memories after she died of Game Disease.

Graphite informed Parado of the new Bugster infection, proudly announcing that they would be joined by an influx of comrades. For the first part of the series, Graphite is the one who primarily spreads the Bugster Virus.

Graphite had the Gashacon Bugvisor confiscated from him by Kuroto Dan following his defeat by Kamen Rider Brave. He later eavesdropped on a conversation between Dan and Parado where the latter revealed that the Proto Gashats though bestowing unlimited power, would eventually destroy their user. Despite this, Graphite was willing to take the risk to achieve more power and snuck into Dan's office and took the Proto Drago Knight Hunter Z Gashat for himself. Graphite then pronounced that he had the power to take over the world before infusing the Proto Gashat into his chest, granting him the power to become Dark Graphite.

He later faced his four Rider enemies again in the Game Arena. Despite using his Graphite Fang to deflect their attacks, the combined powers of the four Riders eventually got through and destroyed him.

Graphite was later revived by Parado using data from the Bugvisor. Along with a brainwashed Poppy Pipopapo, Graphite was used by Parado to complete the data for Kamen Rider Chronicle.

Graphite later faced off against the riders as the penultimate foe before Gamedeus. After all bosses are defeated, Graphite settle score with Taiga and Hiiro, with both Riders are accompanied by Nico for their final battle. Just as Ride-Player Nico was about to defeat him with the Rider Critical Finish, Kamen Rider Cronus paused the game. However, angry at Cronus for "defiling a sacred fight", Graphite disables him with the Do-Do-Do-Do-Do-Do-Do-Do-Do-Do Crimson Exploding Sword. This made him unable to avoid Cronus's Critical Sacrifice. Graphite then allows himself to be defeated and accepts the Rider Critical Finish for himself, smiling as he dies. 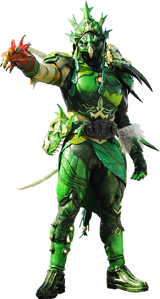 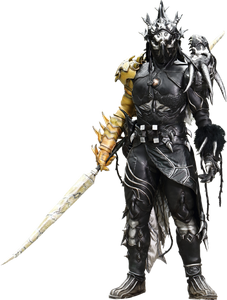