Offering her boiled grasshoppers to others.

Assassin
Grasshopper Woman is a mysterious hitwoman for the Museum who uses the Hopper Gaia Memory to become the Hopper Dopant and an antagonist in Kamen Rider W.

She was once a normal girl until she had her brain modified by Satoshi Yamashiro, a neuroscientist kidnapped and forced to work for Museum, to condition her to serve as an assassin for Museum.

After Yamashiro escaped, Grasshopper Woman was dispatched to eliminate him. She succeeded in inflicting a fatal wound on him, but was defeated soon after by Kamen Rider Accel, who used his Machine Gune Spike Maximum Drive to destroy the Hopper Memory. Ryu then attempts to arrest her as Grasshopper Woman tries to escape, only to be killed by the Smilodon Dopant to prevent her from leaking any information about Museum.

In the alternate timeline where Shocker ruled the world, the Hopper Dopant was one of the kaijin that gathered to witness the execution of Eiji Hino, Ankh and Kotaro Nogami. When the Kamen Riders returned to fight Shocker, she was seen battling Skyrider. 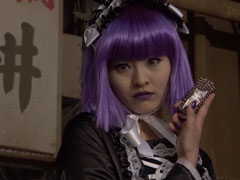 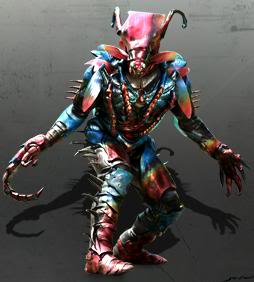