Cutting out the tongues of his victims.

Gray Fly is an assassin who is specialist not only in blowing buildings, ships and planes but also to make everything look like an accident, leaving no evidence of his crimes. Hired by Dio Brando to kill Jotaro Kujo and his group, he attacks them on a plane between Japan and Hong Kong. They see a big stag beetle flying inside the plane, who attacks them and the passengers. They are unable to attack it, as it moves very fast. An old man wakes up, but Kakyoin knocks him out, deciding to fight the beetle by himself. He traps the beetle around the strings of his stand, tearing it apart. They then discover that the old man was Gray Fly, who was controlling the beetle, as he starts bleeding from his tongue and seemingly dies. But to everyone's surprise, Gray Fly lives long enough to warn the Stardust Crusaders that other Stand assassins would be hunting them down before finally dropping dead. The Stardust Crusaders and surviving passengers are forced to land the plane in the sea, since Gray Fly had already killed the pilots.

Gray Fly's Stand, Tower of Gray, takes the form of a giant stag beetle. The thing is very fast and agile, and can tear through flesh easily. 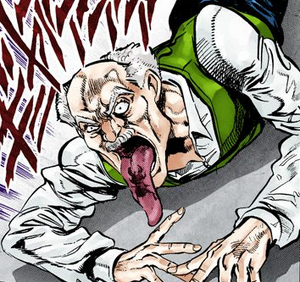 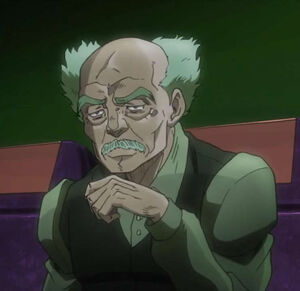 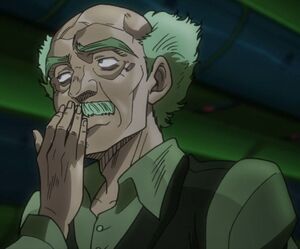