Important Note: Due to the nature of Star Wars the Old Republic the alignment of the Bounty Hunter is entirely up to the player. This article assumes a Dark Side Bounty Hunter.

Mandalorian
Champion of the Great Hunt
Member of the Empire's Fury

The Great Hunt Champion, also known by the call-sign Scree, was a particularly evil, violent, and sadistic bounty hunter who operated during the Cold War between the Sith Empire and the Republic, often performing jobs for the former.

The Great Hunt Champion, like many other bounty hunters, was a gruff, unpredictable character with little in the way of conscience or morality, instead letting greed dictate their every action. They were completely heartless and sadistic and took great pleasure in torturing and killing others just for the fun of it. They were also very intolerant of people who threatened them; and despite the Supreme Chancellor's promise of a cleaner slate they killed him anyway out of their need for vengeance. The hunter consistently chose the most ruthless tactics to claim their bounties and constantly ignored reasonable compromises out of their unending desire to kill.

The Champion had an extensive array of weapons, including wrist rockets, flamethrowers, blaster pistols, explosive and electronic darts, jet-pack rockets, and many others. Even without them, they were still a deadly threat, being master hand to hand combatants and able to dodge lightsaber strikes. They were also very cunning; and used unpredictable strategies to trap and kill their targets. 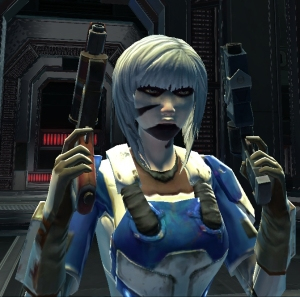 An example of a female Great Hunt Champion. 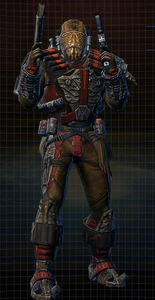 The Great Hunt Champion as a Mercenary. 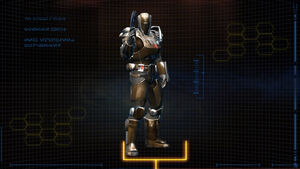 The Great Hunt Champion as a Power-Tech. 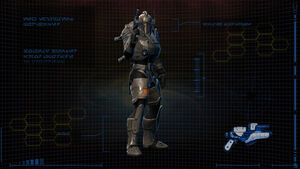 An alternate version of a Power-Tech.

The Great Hunt Champion and Mako on Tattooine.

The Great Hunt Champion attacks with a flamethrower. 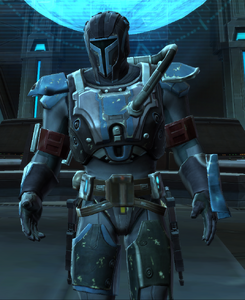 The Great Hunt Champion on Corellia.