Founder and Overseer of Schicksal

Rule over Europe as the Archbishop of Destiny.

Use his new army of Valkyries to invade Eurasia and Asia to dominate the whole West of the world.

Nikolas Apocalypse, is the Great Overseer of Schicksal, also known as Bishop of Destiny, the Salvior, Bishop of Schicksal and Archbishop, a prominent major antagonist in Honkai Impact 3rd franchise as a whole first showing up as one of the primary antagonists of Purple Tales Manhua and a posthumous antagonist for the rest of the franchise.

He is the founder and the first Archbishop of the religious group that mirrors the real-life Catholic Church, the Schicksal (also known as Destiny). While posing as a salvior messiah who tried to save mankind from the Houkai, the Bishop was in fact a cruel megalomaniac who had hunger for power and tried to take over the Eurasia and Asia to himself so he could rule over the West of the planet as its supreme ruler. He was the father of Otto Apocalypse and the leader of House Apocalypse back in the medieval ages until his death.

The Great Overseer of Schicksal was the Bishop of Schicksal organization back in 14th century and was the father of Otto Apocalypse. As the founder of Schicksal, he claimed he established the organization to fight the Houkai but it was revealed he was nothing but an greedy megalomaniac who tried to take over the world using the power of the Houkai to fulfill his own agenda. At its initial stage of establishment, the foundation of the organization relied on the framework of religion and implemented centralized management and renamed himself as the Archbishop of Schicksal. After the fall of the Roman Empire, there emerged no single powerful secular government in the West. There was however a central ecclesiastical power in Rome, the Schicksal. In this power vacuum, the Schicksal rose to become the dominant power in the West. The Schicksal started expanding in the beginning of the 5th century with the Houkai Crusades and the expansion of the Schicksal to Asia.

The expansion of the Schicksallead to the foundation of the feudal order and estabilished an era of slavery across Europe. When Schicksal took over Europe in the Middle Ages, the Great Overseer planned to dominate the Eurasian continent and declared war against the Ming Empire of China to become the ruler of Europe and Asia continents. Under his orders, the army of Schicksal advanced their way through Europe and Asia, burning down villages and executing civilians in cold blood.

During the war, the Great Overseer started the very first human experiments of mankind when he discovered the location of the Purple Cube, the prison Herrscher of the Erosion created by Dr. MEI more than 52,000 years ago after the destruction of the Previous Era by the hands of the Herrscher of the End. Obsessed by power and conquest, the bishop allowed his scientists to perform human experiments in poor civilians using the Houkai disease, starting the Black Death that took the lives of 200 millions and turned more hundreds in zombies.

When Schicksal was defeat by the Chinese Empire, the Overseer wanted to make up for the losses and used the religious nature of the organization to extort civilians, increasing the taxes and taking money from the poor, causing many thousands to starve to death for the next few decades. Thanks to this, the Schicksal's priests did everything they pleased with the population and even forcing civilians to give their children to the church where they would suffer sexual abuse of the priests, something the Overseer was not really bothered with since the civilians became a dispensable resource for him.

When Kallen Kaslana escaped from Europe with the Purple Cube the bishop studied, he sent his hunters after her to take back the cube so he could continue his war efforts against China. Years passed and Kallen returned to Europe, without the Purple Cube once it was broke by the awakening of the Herrscher of the Erosion in Yae Village. Angered by this, the Bishop ordered her execution by hanging in public but the execution was interfered by Otto Apocalypse who unleashed dozens of Houkai beasts at her execution and devouring countless civilains. During the battle, Kallen lost her life by sacrificing herself to protect a child from a beast.

After a decade, the Archbishop was wanting to give the control of Schicksal to Otto Apocalypse following the deaths of his siblings. However before he could announce his eventual retirement, he unfortunately died by poisoning by his own daughter, Risa. 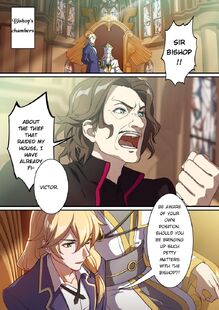 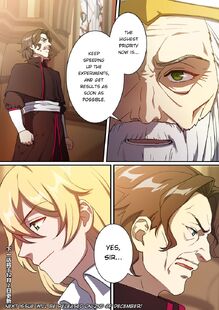 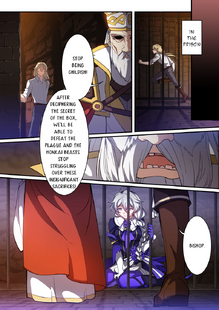 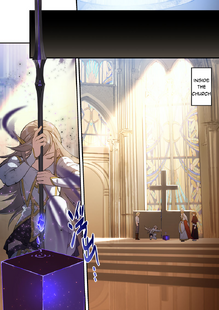 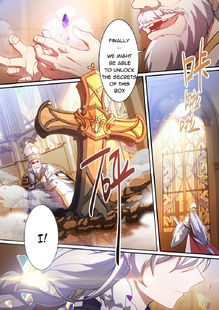 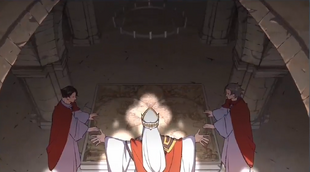