Teaching his students and observing their progress.

Sending out Zuno Beasts to fight the Liveman.

Dominate the world and subjugate all of humanity under him.

Great Professor Bias is the leader of Armed Brain Army Volt and the main antagonist of Choujuu Sentai Liveman.

He is a super-intelligent scientist with knowledge in seemingly all fields. He founded Volt to achieve his ambition of ruling the world and have humanity worship him. His followers hold him as a god, and he pretends to care about them, though his fact his real goal and the true reason he founded Volt is to complete the Giga Brain Wave, which would require the sacrifice of his followers, allowing him to become immortal and rule over humanity as a god.

He was portrayed by Jouji Nakata, who is known for his voice acting role as Kazuya Mishima in Tekken series and Kirei Kotomine in Fate series. His child form was portrayed by Kentaro Ishizeki.

Though appearing to be in his thirties, Bias is in fact a man generations old, having managed to stay alive by absorbing a mind controlling thought pattern energy called the "Giga Brain Wave". In order to achieve complete immortality though, Bias would need to absorb the minds of 12 people with IQs of 1,000. Thus, Bias educated his eleven followers until they achieved the ideal IQ and extracted their brains to use for the Giga Brain Wave, needing only one more brain to complete the procedure that would render him totally immortal.

Founding the Armed Brain Army Volt, Bias recruited three Academia students into his organization, Kenji Tsugikata, Rui Senda, and Gou Omura, viewing the former two as ideal candidates to complete the Giga Brain Wave while letting in the latter out of pity. To spur on his students' creativity, Bias constructed two robots, Guildos and Butchy, and programmed them to believe they were aliens before arranging for them to land on Earth and be recruited into Volt.

Bias later selects Kemp to complete the Brain Wave after he reaches the IQ of 1,000. However, Kemp rallies the spirits of Bias' previous victims to take revenge and stop Bias, causing him to age back to his true self. As the Zuno Base explodes around him. Before he dies, he is told by Gash that Volt succeeded in taking over the Earth, and the explosions are from fireworks to celebrate his victory. 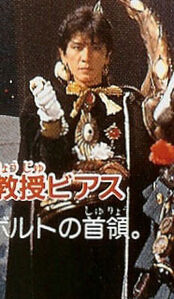 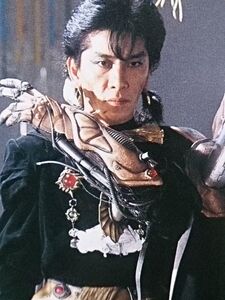 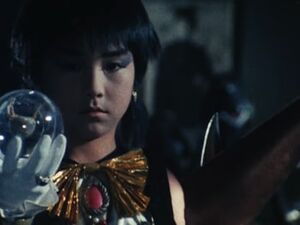 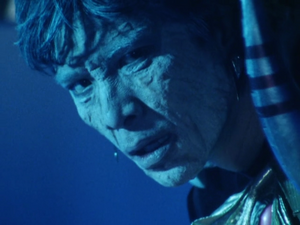 Bias (true age).
Add a photo to this gallery

Retrieved from "https://villains.fandom.com/wiki/Great_Professor_Bias?oldid=4357292"
Community content is available under CC-BY-SA unless otherwise noted.