Bruce and Brucette: To keep wreaking havoc and to eat everything in his/her path (all succeeded, but then failed).

The Shark, sometimes erroneously referred to as Jaws, is the titular main antagonist of the 1975 summer blockbuster film Jaws, and its three lesser sequels and the franchise. It also appears as the main protagonist and playable character in its video games, Jaws Unleashed and Jaws: Ultimate Predator.

The main antagonists of the franchise, they are all shown to be ravenous Great White Sharks of abnormal size and ferocity that terrorize Amity Island (and SeaWorld in Jaws 3-D). None of the sharks have official names, but many nicknames have arisen from them, mostly derived from the production names for them.

Each Jaws film showcases a giant Great White Shark (scientifically called "Carcharodon carcharias") in Jaws, Jaws 2, Jaws 3-D and Jaws: the Revenge. Each shark is a different shark in every film although the race is the same, and all have a size of about 20 to 30 feet in length. Jaws first appeared in the novel by Peter Benchley before Steven Spielberg adapted it into a motion picture. In the movies the sharks are much larger than the real animal and during the course of the series they show to have a certain amount of intellect. The shark is the playable character in the video games Jaws Unleashed and Jaws: Ultimate Predator.

Though none of the sharks have official names, all of them have been given monikers to differentiate them from each other. The animatronic sharks in the first film was nicknamed "Bruce" by the film crew, after Steven Spielberg's lawyer. Whereas the sharks in Jaws 2 were nicknamed "Brucette" by fans. On the set, keeping in tradition with the first film, the two puppet sharks made for the production were known as Bruce Two, "Fidel" (unburned) and "Harold" (burned), the latter after David Brown's Beverly Hills lawyer. The mother shark from Jaws 3-D was nicknamed "Brucetta". The juvenile shark from Jaws 3-D was named Danny in the movie. The shark in Jaws: The Revenge has no official nickname, but has been dubbed "Vengeance" by fans, as this shark is seeking vengeance on Chief Brody's family. Additionally, the name "Jaws" has been attributed to the sharks (though this is technically incorrect, as this is the title of the films and the sharks are never referred to as such in the films).

Quint.jpg
Quint after Bruce has finished with him.
Jaws.jpg
Brody fighting Bruce.
Jaws4deathcrap10.jpg
Bruce sinking to the bottom of the sea after his head explodes. 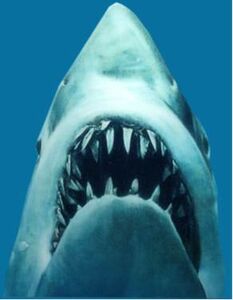 Brucetta devouring Philip Fitzroyce whole by crushing him inside her mouth in Jaws 3-D.
Jaws The Revenge - Explode.jpg
Vengeance getting stabbed by the ship in Jaws: The Revenge.
Jaw.png
Jaw of Amagi Brilliant Park doing a Shout Out to Jaws.
Jaws (Family Guy).jpg
Jaws with the voice of the Southern gay man Bruce in Family Guy.
Add a photo to this gallery 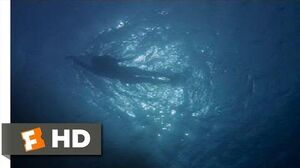 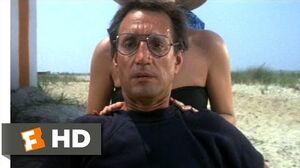 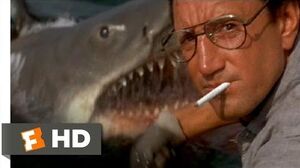 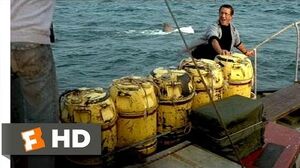 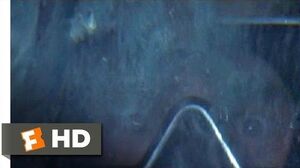 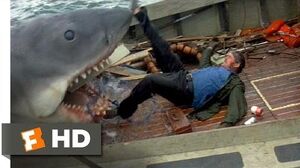 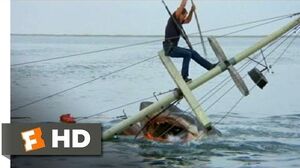 Retrieved from "https://villains.fandom.com/wiki/Great_White_Sharks?oldid=3247878"
Community content is available under CC-BY-SA unless otherwise noted.