Goblin glider
Enhanced physical attributes due to the spider venom.

Hanging out with Peter Parker (formerly).

Save himself from the genetic illness he's dying from, and to regain his position as new C.E.O. and Chairman of OsCorp (somewhat successful).
Get revenge Spider-Man for neglecting to help him with his disease (failed).
Attempting to Gwen Stacy's death (succeded, when he defeated by Spider-Man).

Harold "Harry" Osborn is one of the two main antagonists (alongside Electro) of the 2014 superhero film The Amazing Spider-Man 2.

He is the son of the late Norman Osborn and heir to the Oscorp empire. Upon his return to New York, Harry had attempted to engineer a cure for a hereditary illness to which he was suffering from, and in his desperation, had transformed into the Green Goblin, becoming the archenemy of Peter Parker/Spider-Man, his former best friend.

He was portrayed by Dane DeHaan, who also played Andrew Detmer in Chronicle.

Harry was a childhood friend of Peter Parker and was there for him, when his parents died. When Harry was 11, his father shipped him off to a boarding school. For his 16th birthday, his father sent him a bottle of scotch (though, it was obvious that it had in fact been sent, by an Oscorp employee). Events like these, cause Harry to resent Norman.

At one point, Harry had a fling with a French supermodel. He also began to experience symptoms of his father's illness and discovered that he might be dying.

In 2014, the 20 year old Harry returned home, just before his dad passed away. Harry was now Oscorp's CEO and was soon reunited, with his childhood friend.

He also became convinced, that the blood of Spider-Man (whom he had figured out, had gotten his powers from one of the now destroyed spiders), would be able to cure him. Knowing, that Peter had taken photos of him, Harry asked him to get in touch with Spider-Man. Later, Spider-Man appeared in Harry's home, but refused to give him his blood out of fear of any possible side effects, regardless of what Harry offered him.

Harry became increasingly desperate, when his assistant informed him that they company had drained venom from the spiders, before destroying them. He tried to find out where it was stored, but came across information about Electro and was quickly locked out of the system. To save himself, Menken framed Harry and had him fired. Enraged, Harry sought out Electro, at Ravencroft and freed him.

Together with Electro, Harry headed back to Oscorp and took Menken hostage, while sending Electro off, to take out the city's power. Menken took Harry down into a secret area and was forced to inject Harry, with the spider venom. The venom had a violent effect on Harry. In pain, he crawled over to an Oscorp prototype exo-skeleton and glider and put it on. Harry flew to the power plant, arriving shortly after Electro's defeat. He realized that Spider-Man was Peter Parker and grabbed Gwen, attempting to throw her to her death. Harry began fighting Spider-Man, inside of the nearby clock tower, but was ultimately defeated and locked away at Ravencroft. However his goal of killing Gwen partially succeeded, leading to her death, and Peter nearly retiring as Spider-Man.

Months later, Harry was visited by the Gentleman, who informed Harry that he had found several suitable candidates for them to use Oscorp's unique weaponry. Harry asked him to keep it small and sent him down to the secret area, to collect weapons and equipment for the chosen candidates. One of the members - Rhino - faced off with Spider-Man in the street, although Spider-Man successfully battled him. Harry, for reasons uncertain, didn't proceed with his plans to set up the Sinister Six. 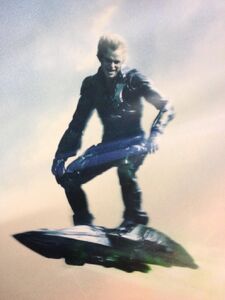 Promotional picture of the Green Goblin. 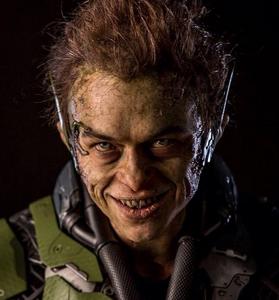 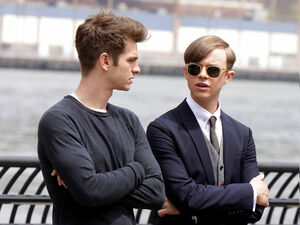 Harry and Peter before there were enemies. 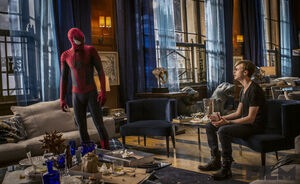 Harry asks Spider-Man for his blood to save him for his disease.

Green Goblin confronts Spider-Man for not giving him his blood. 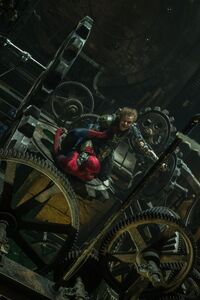 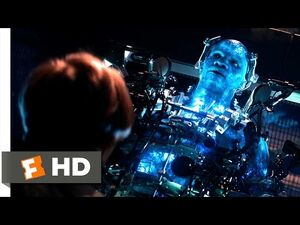 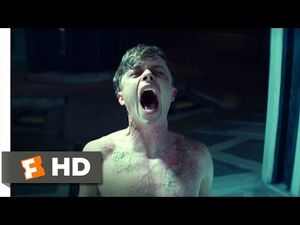 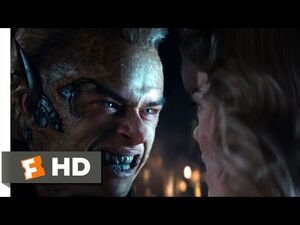 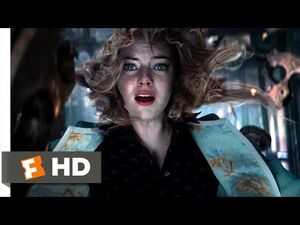