To avenge the death of his father (as Cassidy Cascade) (formerly).

To avenge the death of her of her sister (as Ingrid Hoffel) (failed).
To get revenge on the Chanels for ruining his daughter's life (as Wes Gardner) (failed).

The Green Meanie is the main antagonist in Season Two of the FOX television series Scream Queens, replacing the Red Devil of the series' Season One. The Green Meanie is revealed to be Dr. Cassidy Cascade. He became the murderer to get the hospital shut down because of his father's death. Wes Gardner decided to become a copy-cat Green Meanie in order to get revenge on The Chanels. Nurse Ingrid Hoffel becomes the third Green Meanie to avenge Ms. Bean's death. She is the brains of the operation and the final Green Meanie.

Stunts were portrayed by Riley Schmidt and Seth Duhame.

Dr. Cassidy Cascade is the first Green Meanie to be revealed. He is the baby of Bill and Jane Hollis and is avenging the death of his father. Cassidy is the original Green Meanie between the three and came to the hospital to begin killing patients until it was closed down. He decides to give up his role as the Green Meanie operation after falling in love with Chanel #3 and leaves it for Ingrid, who kills him.

Nurse Ingrid Hoffel is the second Green Meanie to be revealed. She is revealed to be the sister of Agatha Bean, the maid whom Chanel accidentally burned alive in the deep fryer. She confronts the Green Meanie, who reveals his identity as Cassidy Cascade to her. She offers a partnership with him, in which she becomes the brains of the operation and he acts as the muscle. He agrees and they kill Chanel #9 together. Later, he gives her a costume, officially making her the third Green Meanie, and the duo stroll down the halls together in costume. After becoming the Green Meanie, Ingrid claims the life of Chanel #10, strangling her until she is braindead in order to take her heart. She then murders Slade Hornborn as well. After Wes dies and Cassidy decides to leave, Ingrid becomes the sole Green Meanie and attempts to blow everyone up in the hospital, shooting Jane in the process. Denise rescues them and they hunt her down in the swamp, where she falls into quicksand and drowns.

When Cassidy reveals himself as the Green Meanie, he discloses to Hoffel that he didn't commit all of the murders and someone else is running around killing people. This is the person who attacked Cathy Munsch, as Cassidy witnessed this attack, making it very likely that this killer killed Denise and is in allegiance with Hester. In Rapunzel, Rapunzel, this killer is revealed to be Wes, Grace's father from Season One. His motives (like Ingrid) were to get revenge on the Chanels for ruining his family during the Red Devil murders.

Jane Hollis reveals that she is the orchestrator of the 1986 murder spree. She sent her psychopathic brother to the hospital to take revenge on the staff for what they did to Bill. A year after the events, Jane's Brother died in a fight, but she believes he probably deserved it.

Jane is revealed to be the mastermind and orchestrator behind the Green Meanie murders. She sent her brother to commit the 1986 murder spree and later trained her son, Cassidy, to commit the new series of murders. While she is the mastermind behind the operation, she is never shown to actually wear the costume herself but was presumably the Green Meanie who called Lynn Johnstone and also purchased the costumes for Cassidy and Ingrid. In the finale, she attempts to directly contribute to the murders with Ingrid, but Ingrid rejects the offer and Jane leaves the team, only for Ingrid to kill her.

Names in bold are deceased. 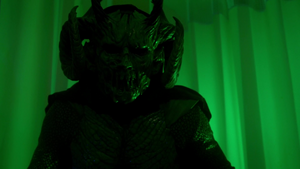 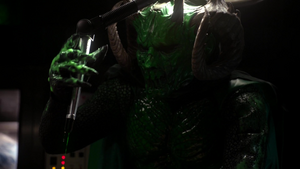 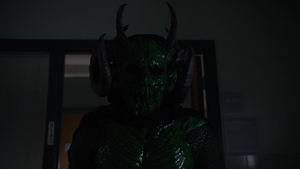 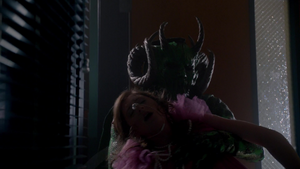 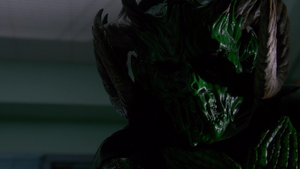 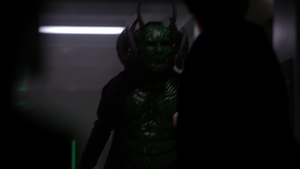 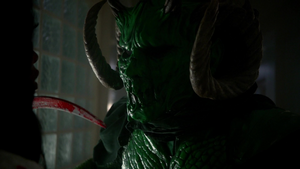