The Chronicles of Narnia

Entering into one's evilest thoughts and making them real

Feeding off of people's fears (presumed).

Corrupt all who come in its way (failed).

The Green Mist is the main antagonist in the 2010 Narnia movie The Voyage of the Dawn Treader, although it did not appear in the book.

The Mist came from the Dark Isle and was a formless substance that could enter into one's deepest, darkest thoughts and make them real. It required sacrifices from the pirates of the Lone Islands, who fed it boatloads of living humans. The only way that it could be defeated was if the Seven Swords were laid at Aslan's table. It was responsible for the creation of a huge, terrifying sea serpent, via Edmund's thoughts. Also from Edmund's thoughts came the resurrected memory of the White Witch.

The White Witch appeared to Edmund as one of the illusions the Green Mist created. She is seen as one of Edmund's fears and tried to convince him again that he will be King someday and that he has to trust her, but Edmund knew she was not really there. The White Witch that appeared to Edmund on the Dawn Treader was merely a figment of his imagination unleashed by the mind-bending Green Mist. But she remained a reminder to him that that which tempted him was always a threat and the Pevensies' vanquished foes still lived on their minds.

Conjured from the depths of Edmund's worst nightmares, the Sea Serpent that attacked the Dawn Treader was a relentless force of evil that wouldn't stop until its prey was dead or destroyed. It was over 300 feet long, 311 feet to be exact or 95 meters. When the Sea Serpent was provoked, it revealed a hood like a cobra's ringed with layers of fang-centipede-like legs. The Green Mist was finally defeated when the sea serpent was killed as the Seven Swords were laid at Aslan's table. All of the people whom it had "eaten" were released. 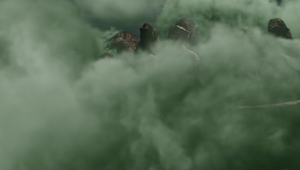 The Green Mist eats a boat of people. 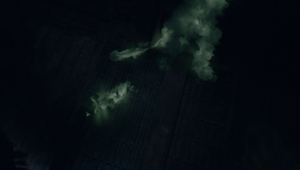 Green Mist aboard on the Dawn Treader. 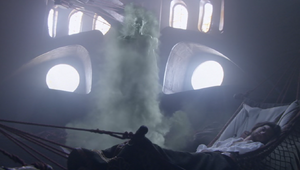 The Green Mist appears as Jadis to Edmund. 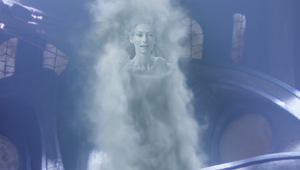 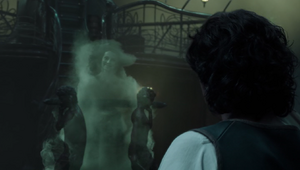 Green Mist in the form of Helaine. 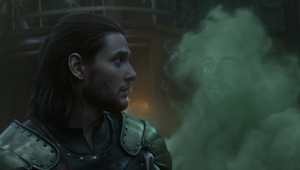 Green Mist appears to Caspian as his father. 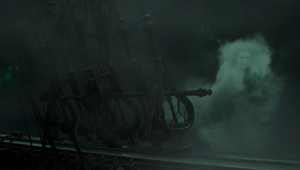 Green Mist as Jadis appears on the deck. 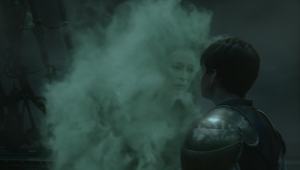 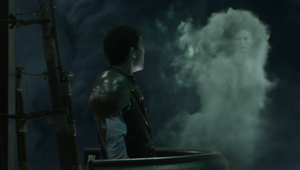 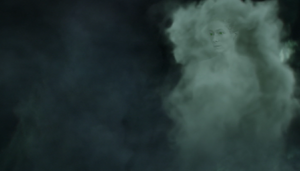 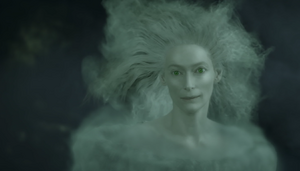 Green Mist telling Edmund she can make him her King. 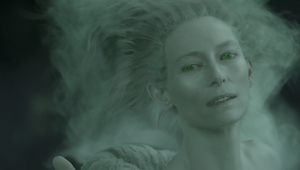 Green Mist telling Edmund to give in. 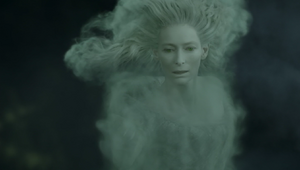 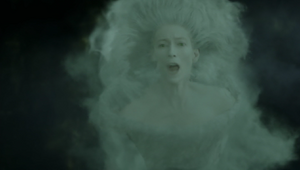 The Green Mist dissipates into the air screaming.
Add a photo to this gallery

Retrieved from "https://villains.fandom.com/wiki/Green_Mist?oldid=4058176"
Community content is available under CC-BY-SA unless otherwise noted.