Greg Arkin, also known as Bugboy, is a villain on the WB/CW television series Smallville, serving as the main antagonist of the Season 1 episode "Metamorphosis".

He was portrayed by Chad E. Donella who played Rob Roberts in The X Files.

Greg was childhood friends with Clark Kent and Pete Ross, but he stopped hanging out with Clark and Pete after his parents divorced. He lived with his mother, who placed strict limitations on him, and he developed a fascination with insects, collecting them and keeping them in his bedroom, much to his mother's disgust. Greg also developed a crush on Lana Lang and began stalking her and videotaped her.

Greg returns home after leaving a present in Lana's bedroom to be confronted by his mother, who searched his bedroom and found his footage of Lana. After his mother threatens to have him shipped to a military academy, he gathers his pet bugs, loads them into his car, and drives off, only for the bugs to get loose and attack him.

Greg's bugs, as it turns out, were irradiated with Kryptonite; their attack on Greg thus gives him insectoid characteristics and abilities, including the life cycle of an insect (eat, molt, mate, die). The insects' bites also improves Greg's physical appearance, making him handsome.

The next morning, Mrs. Arkin enters his room to find all the cages are empty. She doesn't notice her son stuck to the ceiling with a web-like material. Greg, wearing a black ensemble and acting more confident, walks up to Lana at the farmer's market and talks to her, only for her boyfriend, Whitney Fordman, to walk up and tell Greg to stay away from Lana. Later, Greg attacks Whitney as he's driving, causing his truck to crash; he flees the scene moments before Clark rescues the football jock.

Sometime after that, Greg appears behind his mother as she looks for him to confront him about the mess he left behind in their house, and he tells her what's happened to him before attacking his mother and apparently killing her. Greg is next seen molting in the shower, tearing his old skin off his face. After Lana blows off a study date with him and he suspects it's because of Clark, Greg goes to the Kents' barn, where he attacks Clark and then his father, Jonathan, but flees.

Chloe finds an article about Amazonian tribesmen who take on characteristics of insects after being bitten by them. She deduces that meteor rock-infected bugs must have bitten Greg and turned him into a "bug-boy." Clark, Chloe, and Pete go to Greg's house to investigate and find a mess: pieces of Greg's skin in the shower, a video of Lana and the corpse of his mother. They deduce that Greg will come after Lana next and go to try and save her.

Greg kidnaps Lana, intending to mate with her, and keeps her captive inside his childhood tree-house. Clark confronts him and tries to talk him down, but Greg insists he's been freed from rules. After a scuffle, Greg then flees to the abandoned Creekside Foundry, where Clark is weakened by the Kryptonite fragments found all over the area, giving Greg an advantage in their fight. Clark manages to ward off the Kryptonite radiation and send Greg flying across the foundry. Greg recovers, only to accidentally cause something to fall on him. A swarm of insects are then seen scurrying away.

It was revealed later that one of the bugs that appeared after Greg was crushed was being held in a lab by an evil doctor named Donovan Jamison.

Greg next appears in the Season 10 episode "Homecoming," where he is now an adult and attends the class reunion at Smallville High School. During his time travel trip with Brainiac 5, Clark sees Greg approaching Lois Lane and, fearing that Greg has sinister intentions, tries to intervene, only to end up in the year 2017. After returning to the present with Brainiac 5, Clark observes Greg talking to Lois, commending Clark as a hero who freed him from his villainous ways and obsessive web. Greg then asks Lois to give Clark his thanks, then leaves. 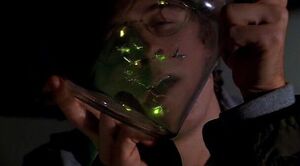 Greg running away with his bugs before the accident. 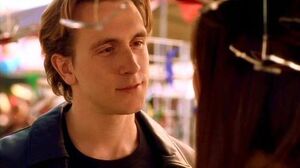 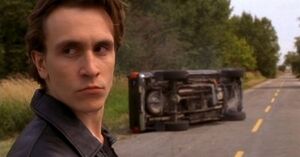 Greg after causing Whitney's car to wreck and crash. 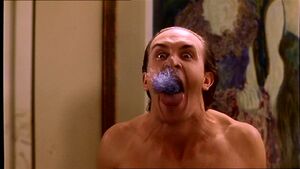 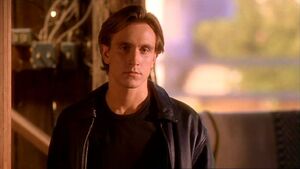 Greg confronts Whitney and Lana in her stables. 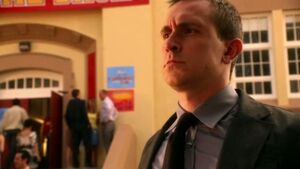