Knight of the Kingsguard

Win battles for Lord Tywin and House Lannister (As a living human; failed in the TV series).

Protect Queen Cersei (while undead; formerly in the TV series).
Help Cersei win the war against the Mother of Dragons (failed).
Kill his brother Sandor "The Hound" Clegane (succeeded indirectly).

He is the older brother of Sandor "The Hound" Clegane and is the head of House Clegane which are landed knights and bannermen to House Lannister. Gregor is a freakishly tall and large man, almost eight feet tall, and for this he was often called The Mountain That Rides or simply The Mountain. In the TV show, he served as a major antagonist throughout the series until his final death in combat against his brother Sandor.

In the TV series, he was portrayed by Conan Stevens in Season 1, Ian Whyte in Season 2 and Hafþór Júlíus Björnsson from Season 4 onwards.

Gregor Clegane's size, strength and cruelty are things of legend in Westeros. He is extremely tall, almost eight feet, and weights 420 lbs (190 kg), nearly all of it pure muscle, making him near inhumanly strong. His strength allows him to wield a six-foot, two handed great sword with a single hand, giving him enormous reach, while still affording him the protection of a shield. He has been known to hack men in half with a single blow.

When in battle, he wears the heaviest armour known to man, so thick and large that no other man can so much as move let alone fight in it. Below it, he wears chainmail and boiled leather, and sports a plate helm emblazoned with a stone fist punching towards the sky. He carries a massive oaken shield emblazoned with the three hounds of his house. These accountrements make Gregor virtually invincible on the field of battle.

Gregor's size appears to be caused by some form of gigantism. A side effect of this are constant debilitating migranes. This appears to be the cause of Gregor's perpetually foul temper. To make his condition bearable, he consumes great amounts of milk of the poppy, to the extent that he has built up a sizeable immunity to its effects.

Despite being a knight, Gregor Clegane has forsaken all honorable vows imaginable and is widely regarded an infamous sadist, rapist and murderer. Virtually the only reason why he has not be abolished nor executed is because of his usefulness to Tywin Lannister and his own incredible size and strength. A silent short-tempered brooding man, who often asks for silence and time to stay alone. According to his squire, Joss Stilwood, Gregor constantly suffers from extreme headaches and consumes vast quantities of milk of the poppy to try and dull the pain. The cause of these headaches is unknown, perhaps due to some condition of his gigantism, though Merrett Frey's experiences indicate that a tourney injury or head blow in battle can be debilitating. This might be an explanation for Gregor's near uncontrollable temper. According to his brother, Sandor Clegane, Gregor once killed one of his own men because the soldier snored too loudly. Gregor's rage always overwhelmed his common sense, shown when he beheaded his own horse and nearly murdered Ser Loras Tyrell just because the latter defeated him in a joust, and for him to attack and fight Sandor when the latter stood in his way. Even as a child, Gregor was an irrationally violent person: he furiously burned his brother's face permanently just because the latter played with one of his toys without permission.

The Mountain's skills are heavily associated with his incredible physical strength and herculean stature. He is so large and powerful that he wears the heaviest armor and weaponry in all of the Seven Kingdoms; a kind of armor so heavy that would make impossible for any man to move at all. Ser Gregor has gigantism and is known for his inhuman strength. He has arms and legs with the size of the trunk of a small tree and dwarves any known person. He was an exceptionally skilled swordsman, who was knighted for his accomplishments - which were augmented by his extremely violent and brutal fighting style. Gregor was, though, incapable of defeating his younger brother, Sandor, in a duel, because the latter was far more levelheaded than him. The Mountain possessed immense strength, and even as a boy, he outclassed his brother and it took three fully grown men to physically hold back Gregor. 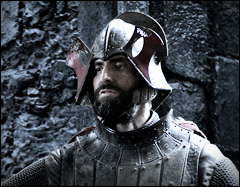 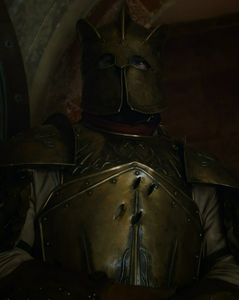 The undead Gregor Clegane in Seasons 5 and 6. 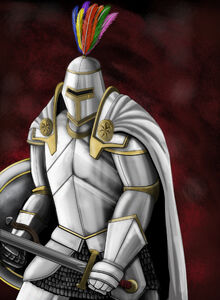 Ser Robert Strong as he appears in the novel series, without a face. 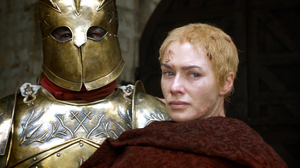 "Ser Robert Strong" carries an injured and humiliated Cersei into the Red Keep. 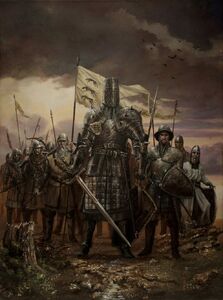 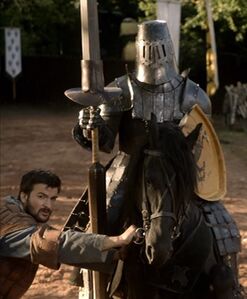 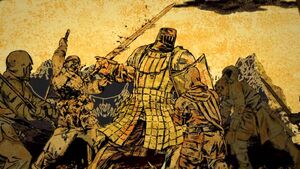 The Mountain fighting in battle (Game of Thrones - Histories and Lore) 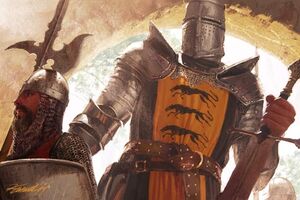 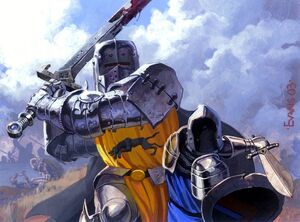 The Mountain fighting a normal-sized man. 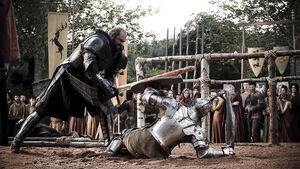 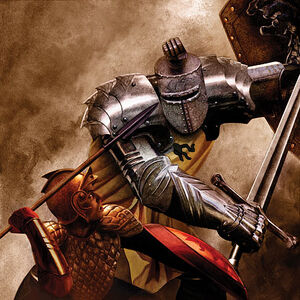 The Mountain against the Red Viper 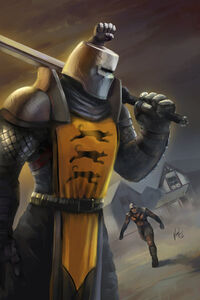 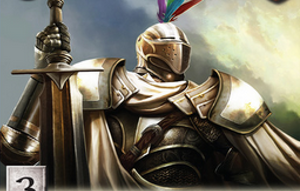 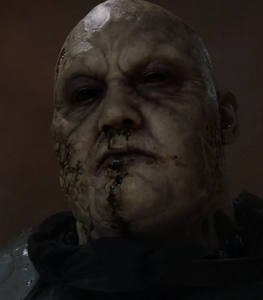 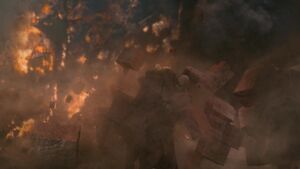 Gregor finally meets his death a thousand times deserved at the hands of his brother.
Add a photo to this gallery

Retrieved from "https://villains.fandom.com/wiki/Gregor_Clegane?oldid=3558383"
Community content is available under CC-BY-SA unless otherwise noted.