Villains Wiki
Register
Don't have an account?
Sign In
Advertisement
in: Mature, In Love, Sophisticated,
and 36 more

Jack the Ripper (with Angelina Durless)

She was voiced by Jun Fukuyama in Japanese and Daniel Fredrick in English.

During the Jack the Ripper Arc, Grell is first seen as the clumsy and shy Butler of Madam Red, who is also known as Angelina Dalles. Despite her nervous appearance, it is later revealed that she is a fully trained Grim Reaper, also known as a Shinigami or Death God. Throughout the anime and during the Arc, Grell is shown to be ineffective at her Butler job, ruining and messing up the most simple of tasks and continuously attempting to commit suicide. Sebastian Michaelis, the Demon Butler of Ciel Phantomhive, stops Grell from killing herself which allows Grell's affections for the Butler to increase. Grell later stops the acts when the servants of the Phantomhive Household in the anime hesitate from trying to stop her from killing herself, and usually tries to attract attention to be noticed by Sebastian. When Madam Red begins the Jack the Ripper murders, Grell follows her around and reveals herself after one of the murders, claiming she understood her feelings because she could not have children of her own. Grell agrees to help her in the killing of prostitutes.

As the episodes progress, Ciel and Sebastian find out that Angelina and Grell are Jack the Ripper. During a brief confrontation, Grell flirts with and attacks Sebastian with her Death Scythe and nearly slices the demon's arm off. When Angelina hesitates to kill Ciel, Grell insists she does it; when she still refuses, Grell angrily slashes at her and kills her with her scythe. Ciel then commands Sebastian to finish the job, and Sebastian agrees, attacking Grell to the point where the Reaper is faceplanted into the ground, weak and beaten after Sebastian uses his tailcoat to jam Grell's scythe. Sebastian kicks Grell and unjams the scythe by removing the tailcoat, and raises it in preparation for a killing blow, as Grell pleads to be spared. Sebastian immediately declines, and brings down the scythe; only for the whirring scythe to be stopped short by another.

Another Grim Reaper named William T. Spears arrives and states to be there to collect Grell, who is overjoyed by William's appearance. William leaps down onto Grell, smashing her face into the pavement. In the anime, he announces all the rules Grell had broken (killing those not on the To-Die list, modifying her scythe without authorization, and attempting to reveal classified information about the murderers of Ciel's parents) as she begs for Sebastian to spare her life. William, much to his disgust, then thanks Sebastian and drags Grell away by her hair.

A couple of months later, Grell returns in the Circus arc, in which she is granted permission to possess her death scythe again after a period of punishment by the Reaper council. Grell is ecstatic and eager to begin reaping again. She is seen reaping some of the souls of Noah's Ark Circus, including that of Beast's, and getting jealous when seeing Beast and Sebastian having sex in her cinematic record. Grell goes on an angry tangent and vows that she will one day meet Sebastian again and have another blood pumping battle.

As a Butler, she has long waist length brown hair tied back, green eyes, and wears a butler suit and red ribbon around her neck, along with large glasses. As a Grim Reaper, she has long red hair, green eyes, false eyelashes, sharp teeth, red-framed glasses, which are accessorized with a neck chain adorned with skulls. She wears a suit like other Grim Reapers with gloves and a tie, high-heeled ankle boots, and a red coat that she took from Angelina's corpse, which she slings off her shoulders and wears around her elbows.

Grell is shy and clumsy as a Butler in her human form, although, in her Grim Reaper form, she is hyper and flamboyant, and finds guys generally attractive, although it is been noted that she had feelings for Madam Red.

Grell is also extremely vivacious, effervescent, straightforward, over-the-top, outspoken, and cheerful, as she tells Sebastian Michaelis that she wishes to do some "vigorous exercise" with him, despite the latter's repulsion. She possesses a strong predilection for the color red and believes that substances which reflect that color, such as fresh blood, can be used to achieve beauty.

She can also be a very ruthless, dangerous, and bloodthirsty individual who is willing to kill her own comrades once she loses interest in them. She often puts things in terms of theater, referring to Angelina's death as the "falling of curtains," and comparing her conflicting Grim Reaper and demon relationship with Sebastian to the famous play, Romeo and Juliet. 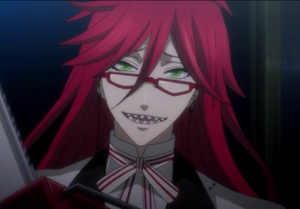 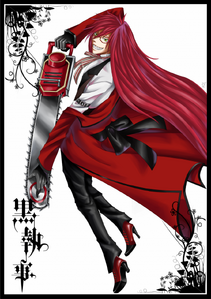 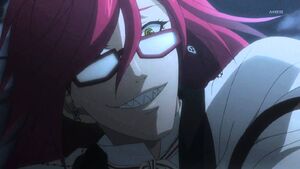 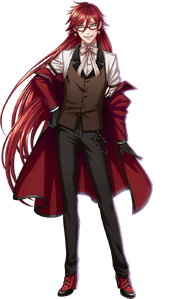 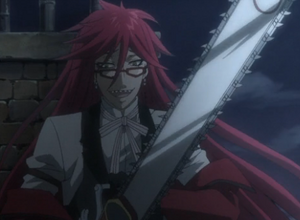 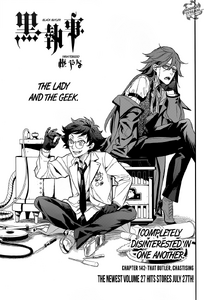 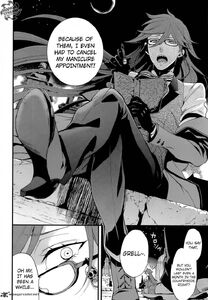 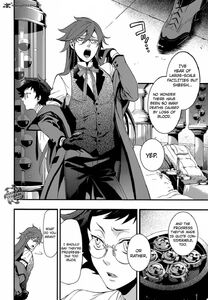 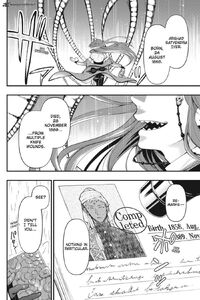 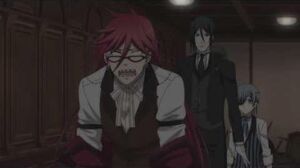