Barbaric Monster
The Gremloblin is a part gremlin, part goblin monster and the main antagonist in episode "Boss Mabel" of the TV series Gravity Falls. He has the ability to make his prey see their worst nightmare by looking into their eyes. 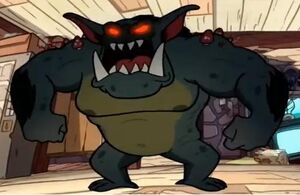 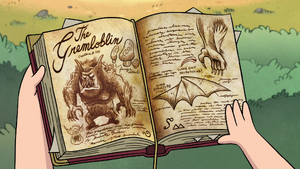