Create a human/Grey hybrid species for colonization of Earth and to preserve their own species (succeeded).

Enigmatic Aliens
Greys, also known as Zeta Reticulans or Roswell Greys, are a hypothetical extraterrestrial species often associated with alien abduction stories, ufology and New Age beliefs, although such beings would normally not be considered villainous the Greys do deserve some notice for the fact that many encounters with these supposed creatures are said to be hostile, though some are more peaceful or neutral in nature.

Greys are generally believed to be untrustworthy and dangerous with stories involving attempts to crossbreed with humanity or working in alliance with Reptoids, another supposed alien species that is almost universally described as malevolent in regards to humanity. Rver since reports of alien abduction became known to the public, the idea of the Greys became an instant hit and they continue to fascinate people, though the debate still rages on whether or not they exist and if they are good, evil or beyond classification (the latter seems the most probable if they did exist).

Greys are also one of the theorized causes of the phenomena known as cattle mutilation and some also believe the Greys created (or helped to create) the Chupacabra. There are also more outlandish theories about Greys and humans interbreeding to create a new hybrid species, some believe Greys are unable to produce by themselves and are a dying species, perhaps explaining why they are so interesting in abducting humans.

More importantly in regards to villain,s the Grey have inspired a host of often hostile antagonists for movies, television series, comics and books as well as videogames and other media, though they often have different names and are depicted slightly different in each story.

Famous examples of characters based heavily on the Greys (who are antagonists) would be Crypto from Destroy All Humans, the Colonists from the X-Files, and the Sectoids from X-COM.

According to some, Greys are extremely untrustworthy and lie to their allies in hopes of outsmarting them, this coupled with their often emotionless mannerisms make them strange and sinister in the eyes of many.

Yet the idea of Greys being totally without emotion is conflicted by the fact that many reports state that Greys utilize strange psychic powers to try and calm victims of abduction (though they do not stop the intrusive surgery) - the fact the Greys try to calm their victims suggests that the cryptids (if they exist) have a softer side to their personalities (though not necessarily, as it could also purely be for practical purposes. After all, experimentation requires a subject to be passive and a panicked individual would be less predictable and harder to control, thus any "comfort" Greys may give victims could very well be simply a means to keep them submissive during their intrusive examinations).

In the past, some conspiratorial Christian groups believed that greys are not aliens at all, but are in fact part of a satanic demonic force operating in this world, carrying out some nefarious tasks by unknown means, whether that agenda be the creation of new fleshly bodies for demonic spirits to permanently inhabit (see teachings by Chuck Missler) or to bring about the rebirth of a one world prediluvian civilization that would rule with an iron fist prior to the return of Jesus Christ (see teachings by Rob Skiba). Although acceptance of greys as "demons" among mainstream Christians is becoming more popular, very little research as progressed on their end regarding the modus operandi of such creatures, leaving them to only take it upon "faith" that this is all part of an End Times "Great Deception" New Testament prophecies warned them about.

Funnily enough on the exact opposite end of the spectrum some New Age and UFO cults see Greys as peaceful, even angelic messengers that seek to bring enlightenment to humanity. These are criticized by other New Age movements, who claim Greys simply use humanity as pawns and thus exploit faith to pose as whatever may give them suitable leverage at the time (this mindset is also seen in popular works such as Stargate, itself based on Ancient Astronaut theories, in which aliens posed as "gods" to manipulate human evolution and culture).

Researchers of folklore have also noted a striking similarity to alien abduction stories and tales of night-time spirits such as Hags and Demons (now known to be the result of sleep paralysis). There is also a lot of similarities between alien abduction stories and those told in older eras involving Fairies, who would often abduct people during the night, only for victims to return some time later with altered memories (often known as "away with the fairies"). This has led some theorists to believe aliens are a modern-day telling of these older supernatural myths.

The history of humans supposedly spotting aliens and UFO's has occurred for as long as humanity has existed. Though the concept of the grey aliens specifically comes from the Barney and Betty Hill abduction claims which took place in New Hampshire in 1961. The Roswell UFO Incident in New Mexico in 1947 also adds strength to the purported image of these aliens. 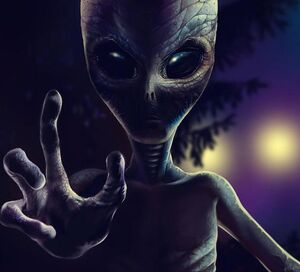 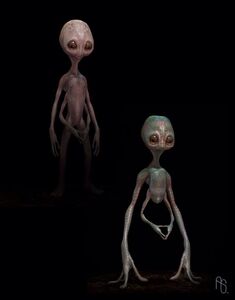 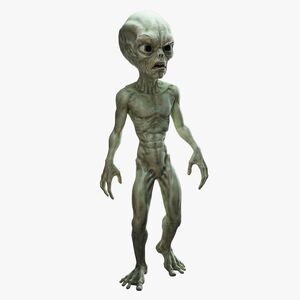 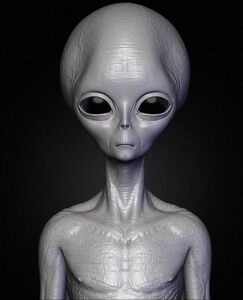 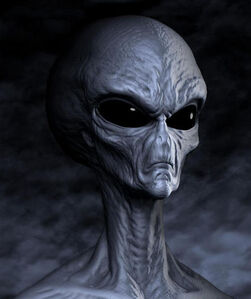 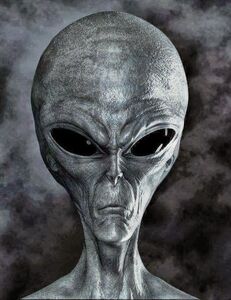