Villains Wiki
Register
Don't have an account?
Sign In
Advertisement
in: Villains who Don't Speak, Complete Monster, Aliens,
and 3 more 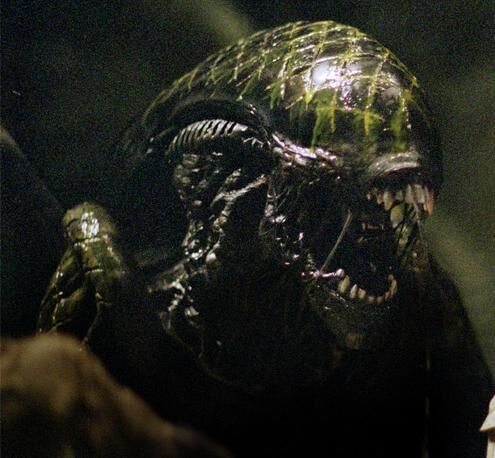 Grid is an Xenomorph that appeared in Alien vs Predator as the secondary antagonist. He, along with his siblings, is loyal to the Xenomorph Queen.

He is believed by some to be an Xenomorph Drone, but is sometimes said to be a smooth-domed Xenomorph Warrior.

He then stalked Scar, who was going to take his weapon from Alexa Woods. Grid and his Xenomorph siblings were spotted by Scar, who started shooting at them. The Queen called for the Grid and the others, who came and freed her from the chains that bound her. He chased Alexa and Scar, but Scar blew up the pyramid they were in, killing Grid and his siblings, while Sar and Alexa got out. But the Queen escaped and killed Scar, before she fell into the ocean.

There is a skin for Grid in the Alien vs Predator videogame. But in this case, he is called Nethead. The skin can be unlocked when players reach rank 34.